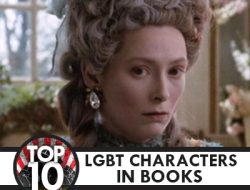 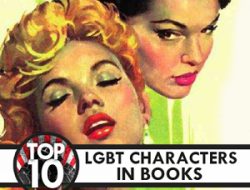 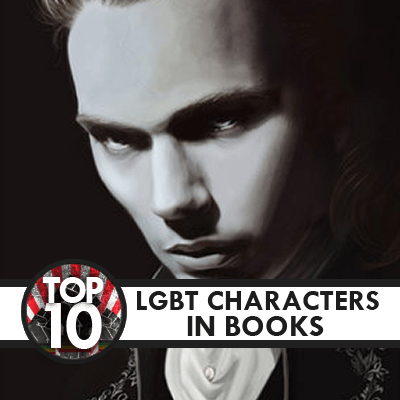 Lestat and Louis, the two central vampires in Anne Rice's series... and lovers through the ages.

Forget the sparkle.  When you want a real vampire, you turn to Lestat.  Long considered one of the sexiest characters in fiction, Lestat is memorable for a number of reasons, including but not limited to the partners with whom he shares his… ahem, bed.  Although his charm is largely self-proclaimed, one cannot help but shudder at the thought of the terrible passion that would befall you should Lestat turn his affections your way.  Arguably the star of Anne Rice’s The Vampire Chronices, Lestat has found himself depicted in a number of ways by ardent fans throughout the decades.

Perhaps one of the most recognizable vampires, Lestat’s sexual appetites did not start solely when he was ushered into this homoerotic underworld.  Instead, while still human, Lestat and his first love, Nicolas de Lenfent, run away together from their small French village to follow their hearts in Paris.  Lestat, naturally, is soon turned into a vampire and the heartbreak he feels at his growing separation from “Nicki” leads Lestat to make his lover into a vampire himself.  Things do not end well, however, as Nicolas is driven mad and eventually commits suicide.

Although Lestat has a jovial nature, his heart yearns for connection and he finds it again in Louis de Pointe du Lac, who grows into perhaps the iconic partner for Lestat throughout The Vampire Chronicles.  Louis and Lestat certainly have their ups and downs as time goes on, but this pair ultimately keeps finding themselves drawn to each other despite the differences which drive them apart.  Their relationship, however, does not hinder Lestat’s full exploration of sexuality and love.

Throughout the series of novels, Lestat has many relationships with both men and women, although an examination of his history would show his partners skewing to the side of the men.  Frankly, that’s quite okay.  Lestat will bed anyone whom he desires… but it’s nice to know that the gay men have an edge over all the rabid fangirls who didn’t move on to He-Who-Shall-Not-Be-Named.  We loyal devotees of Lestat will be first in line when the time comes for him to suck our… uh, blood.