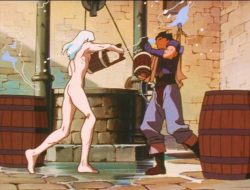 Our Representation in Anime: Bisexuals 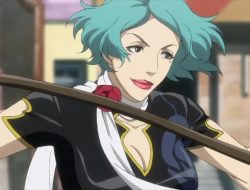 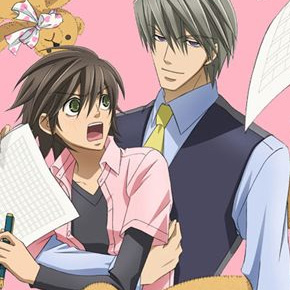 Our Representation in Anime: Gays

The biggest moneymaker of the spectrum, ambiguously gay characters can be found nearly everywhere in the industry.  But it’s almost totally misrepresented with the presence of yaoi.  Separation between top and bottom is so clearly delineated that it offensively reinforces archaic gender roles.  The top, or “seme” is always uber-masculine with a a cleft chin and a deep voice.  Most of the time he’s in his late twenties to early thirties, and while his life and finances are appealingly stable, his personality is alarmingly erratic.  With some ‘alluringly mysterious’ past, the top broods with intense insanity, is sometimes inappropriately violent, pathologically possessive, and always needs his bottom to save him from the pit of despair known as self-loathing.

And that brings us to the uke (bottom).   He is almost unfailingly feminine in the Bella Swan sense that seems to be the universal standard that heterosexual, teenage girls aspire to be.  He is indecisive, talentless, squirmy, a doormat, and yet totally irresistible to all the men around him.  It’s retarded.   In some Twilight Zone twist of fate, gayness in the world of anime has been co-opted by adolescent females as some kind of edgy way of expressing their latent sexual desires without being too real, therefore keeping them pure.  Basically, it’s the equivalent of straight guys lusting after pseudo-lesbian porn.

What’s worse, though is what tends to happen outside of yaoi:  Slap some eye shadow and heels on a lean man, give him a queeny voice spouting suggestive innuendo, and VOILA!  You made a gay. Now, I’m not opposed to having gay characters that also blur the lines of gender (especially in the case of Leeron–I quite liked him), but the issue in the industry with regards to gays is a stunning lack of variety, despite presence, that causes individual instances to come off more stereotypical than anything else.  On top of that, there exists a genre of manga called ‘bara’ depicting gay couples written for a gay audience, yet there are really no examples of it being adapted for an animated format.  Not even for untelevised, straight-to-video releases.  Is bara really that much of a risk?  The state of the industry in this regard is baffling.

A show that uses a gay character well is Antique Bakery with Yusuke Ono.

He is presented in a way that could be conveyed as stereotypical, yet is cultivated so deftly that he is both fascinating and a breath of fresh air amongst the smog of other gay characters.  First, he is openly gay.  As I’ve stated before, being vague/closeted is where many shows fail at presenting LBGT characters, so this alone is refreshing.  And though he is a bit of a whore, sleeping with numerous gay and bicurious men, Yusuke is characterized not in a negative light, but a very positive one without glorifying some supposed ‘gay lifestyle.’  He is shown to be the one character who is the most sure of himself and aware of his faults.  For all intents and purposes, Yusuke is the anchor of Antique Bakery.  He lacks all the flatness countless gay characters fall victim to.

We’re reaching the end of this little series.  Trans characters will wrap things up, but what are your thoughts on the use of gay characters?  Compared to lesbians, do you think establishing gender norms is more prevalent?  Why does bara elevate hyper-masculinity to a degree as laughable as the femininity in yaoi?  Can’t there be femme bara characters and butch bottoms in yaoi?

Let’s talk about it in the forums.

» Anime » Our Representation in Anime: Gays