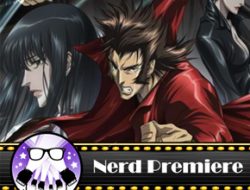 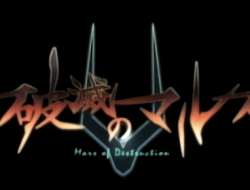 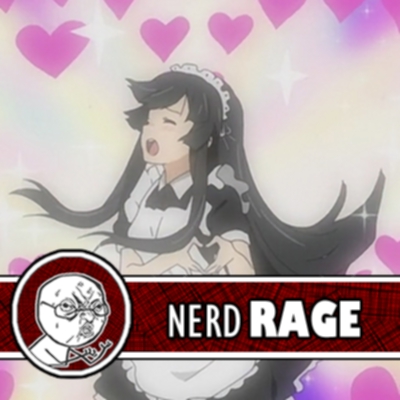 I can remember a few years ago, when I ran into the word “moe” for the first time. I suppose I was on Wikipedia, and the best description that I could find anywhere was that it was a current trend in shows where one character (usually female) would be different from the rest in that she was bizarrely pure, wide-eyed, dumb, prone to blushing, and spoke ‘cutely.’ The ‘moefication’ of anime is a dangerous example of the evils of catering to the fanboy faithful. When targeting such a small demographic in the overall population, an unfortunate sameness is the resulting product. With the trend going unchecked, it has threatened the prosperity of an entire medium.
In the beginning, moe characters were inserted organically as one of the “love interests” or the blank slates that serve as a vehicle of the viewer’s understanding of a highly fantastical world (Real Drive). Increasingly, though, the casts of shows began to fill with these unwitting takes on archetypes, and it wasn’t long before psycho-killers (Higurashi no Naku Koro ni) and (contradictorily) geniuses were given this specific type of characterization (To Aru Majitsu no Index).

Which one of these girls are a killer? Hint: the one with dead eyes.

Once casts became full of moe characters, a new genre of horrendousness was created. As someone who regularly discussed shows on forums, it became astounding that many people would dismiss the fact that a show had absolutely no plot to speak of and defend it with, “But the girls are so cute! Just turn your brain off.” The “Turn Your Brain Off” defense is something else to rage over in and of itself; but the fact that I saw thousands of people enjoy K-On, a show that did nothing besides dress up its characters in clothes and have them stare with bulging eyes at each other, is moronic.

A step past having no plot at all is having a convoluted plot for the sake of convolution, using the moe characters to run through the obvious plot holes and ambiguities as cushions for a specific set of idiot viewers. The foremost example in recent memory would be the pathetic attempt at entertainment that was Sora wo Kakeru no Shoujo. Whether it was sentient space-ships, an ageless ancestor, government conspiracy, or the endless amounts of deus ex machina, one thing was clear: THE GIRL WITH THE PINK HAIR IS SO DAMN CUTE IN HER SPACE LEOTARD!!

Who cares about all the inconsistencies when you get to stare at this?

Possibly the worst scenario, however, is what happens in a show like Sora no Woto. A clearly grim and brutal setting with a gorgeous attention to detail in how a mythology shapes the world–evoking a litany of ways in which the plot could develop–throws all of that exposition out the window for teenage girls roaming around in military suits doing nothing for episodes in a row. And when the writers do decide to have a plot, the best they can come up with is a whole episode revolving around a pee joke. I kid you not. The shit is real.

Yes. A whole goddamn episode that culminates in this picture.

So at the end of the day, moe characters/shows have carved out their niche as the manifestation of production teams fear of losing money. A show like Ghost in the Shell is probably impossible to be made at this point anymore, let alone with its production values. Hell, It’s plainly obvious that any show that doesn’t cater to teenage boys or perverted men is difficult to complete on a decent budget. Nodame Cantabile’s (based on a manga targeted at older women) last two seasons were rush-jobs, despite it being a mega hit spawning live-action television shows and movies; Skip Beat, a classic shoujo romance with a genre-busting, strong, leading lady had good ratings and great reception–yet no second season to its cliff-hanger ending that happened almost three years ago.
And yet shows like K-On immediately get a second season. Why? It’s true that they can result in waves of popularity to be parodied throughout the country every now and, when marketed correctly, can sell thousands of copies of dvds and toys, but that type of fervor pales in comparison to the popularity of more substantial series in the market. The year that K-On saw droves of people shamelessly uttering, “Moe Moe Kyun” was the same year that Bakemonogatari beat the senseless ‘music’ show in DVD sales unequivocally.

Hitagi will cut a bitch.

So there is almost a sense of denial or at least a disconnect amongst the public-at-large and production houses. Last year Winter saw the least number of new series in recent years. Companies like Geneon are going/went bankrupt trying to recreate the success of a few exceptional shows, while over-saturating the market and wearing down the public’s general interest in the fad. The heart of the matter is basic economics, and hopefully the anime industry will get its act together before even the banner companies start to taking big hits.
Are you with me, or do you love where the industry is going?
Join the forums and jump in on the discussion.