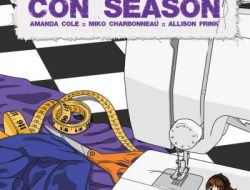 The Ladies of Con Season! 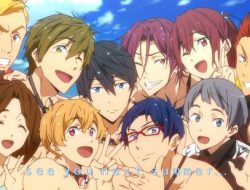 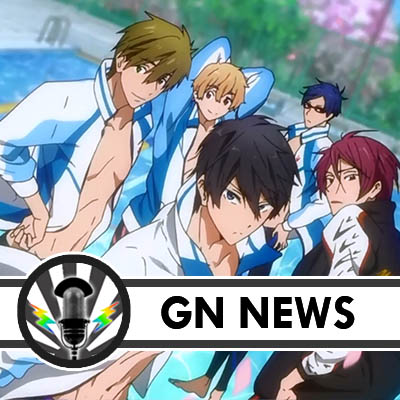 One of the most talked and shipped about animes this summer is Free! Iwatobi Swim Club. It originally started out as an animation short and animation exercise but it gained such a cult following that it became a full fledged anime. Free! has gained cult status for good reason. The animation is completely gorgeous.

Free revolves around the members of the Iwatobi High School swim club. There is some tension as one of their childhood friends moves to another school in order to become a better swimmer and they find themselves suddenly rivals with someone they haven’t seen in years.

Free is kind of like a mix of Ookiku Furikabutte and K-on!. The tone is realistic with touches of meta observations and light hearted gags. It’s a typical sports anime set in high school with all the expected tropes and male character archetypes: the cool character, the childhood friend/neighbor, the friendly upbeat spritely character, the calculating glasses character, and the rival character. Free plays with these tropes a bit by giving them flaws such as the glasses character actually sucking at swimming despite being so knowledgeable. So while a lot of it is expected, it’s all done very well and the tweaks are enough to keep it interesting.

Free is not officially a gay anime. But, this anime is clearly pandering to our demographic. I mean. C’mon:

I was just hit on the face with a beglittered unicorn and yet, I am ok with it.

There is a lot of gratuitous shirtlessness and muscles so if you’re looking for that, you will get your fill. I mean, seriously. The 4th episode has a montage of the 4 main characters trying on different swimsuits from different angles.

But despite the pandering and gratuitousness, the pacing is still pretty solid. It doesn’t feel like the entire thing was cobbled together as a last minute effort to showcase all the man flesh. So, if you’re interested in watching a light-hearted, well-produced high school anime with man eye candy then look no further. Give Free! Iwatobi Swim Club a shot.

Check out the series at Crunchyroll!