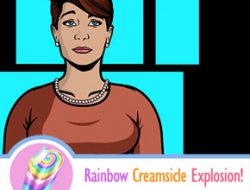 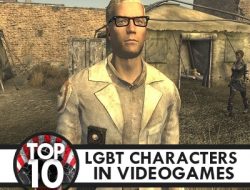 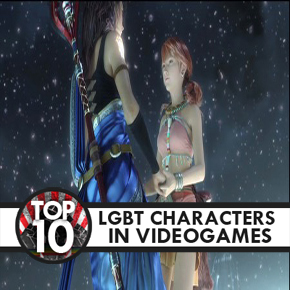 Final Fantasy 13 made necessary changes to tired JRPG conventions, using a freely flowing battle system and proving that engrossing RPGs can still come from the East. Alternatively, it was a death knell for Square-Enix’s decade old domination of the RPG genre, leading players by the eyes around beautiful, but mostly inaccessible environments and restricting the ability to explore and have fun. Gamers are never going to agree on FFXIII, except that the characters Fang and Vanille are big old lezzies. Look at everyone's hands. You'll know it when you see it.

It may never have been explicit, but come on. Everyone can see this one. From the moment Fang joins the cast to the touching ending sequence, FFXIII’s love story was always about this commando/ravager team. Snow and Serah were just a cover to avoid a media scandal about FFXIII being a lesbian sex simulator or whatever nonsense might get ratings this week.

For those who didn’t play, the story is a bit too complicated to fully explain. Basically, Fang and Vanille are a pair of warriors on a quest 500 years ago whom were trapped in crystals until the present day, woken up with little memory of their shared past except for a deep friendship. Very deep. So deep, in fact, that the motivation for literally everything they do is to protect each other from harm and make sure their future lies together. IF IT'S ON DEVIANT ART, IT MUST BE TRUE

Sure, the game never explicitly proclaims them as lesbians, but then again, they do come from 500 years in the past. Maybe lovingly intimate and dedicated friendships that may or may not have been sexual in nature predate the idea of a homosexual identity on Gran Pulse, just like they do in our own world. Regardless, Fang and Vanille have a special something with each other that puts the cheesiest Disney romance to shame, and for that, they deserve recognition.

Still not convinced Fang and Vanille are more than just friends? Think it has anything to do with Fang originally being written as a man? Talk about it in the forums!