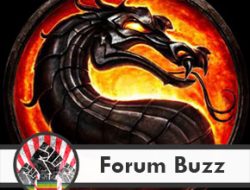 RPGs seem to come in two types: the kind where everyone falls in love, has interspecies sex, and sees ten seconds of blue alien side boob, and the kind where the world needs to be saved NOW, leaving no room for the softer side of life. Bethesda’s Elder Scrolls series definitely falls in the latter group, especially Morrowind. With the threat of blight from Red Mountain always in people’s minds, and a mysterious cult springing up all over the island, romance seems quickly forgotten…

…except for anyone that bothered to play the main storyline or the House Hlaalu quests rather than running around stealing everything in sight and attacking peasants (which makes up 95% of all Elder Scrolls playthroughs). You see, the player’s path eventually crossed Mr. Crassius Curio in the main quest, a man who had the power to convince the Great House Hlaalu of the hero’s worthiness as champion. But before he would give his support for the player as the Nerevarine and reincarnated hero destined to save Morrowind, he had one simple request…

A kiss. And he doesn’t care if the player is a man, woman, or even an orc. “Awww, how cute,” right? But just wait, for should you come back asking him to sponsor you through the Great House Hlaalu faction quests, he needs a little something extra, something that Bethesda had the sense to cover up in the first place. "Uncle Crassius" is exactly why creepy uncle jokes exist. But he's just a man with needs.

That’s right, his support comes at the measly price of letting your clothes slip to the floor. He wants to see the goods. Even for female players, this was quite the shocking moment. As mentioned previously, The Elder Scrolls is not a series known for acknowledging much sexuality, not even of the hetero variety. Hell, there are no children, so sex isn’t even tangentially brought into Tamriel’s everyday existence! Yet Mr. Curio remains unphased, even going so far as to write one of the game’s other sexual references, the play The Lusty Argonian Maid.

They say that beauty is in the eye of the beholder, but this particular beholder just happens to see everyone with the same lustful eyes, and he likes what he sees. So for bringing bisexuality and maybe a touch of innocent bestiality (remember, the Argonians and Khajiit are technically referred to as the “beast races”) into an otherwise sexually repressed world, we at Gay-Nerds salute you, Uncle Crassius.

Talk about “Uncle Crassius” in the forums!