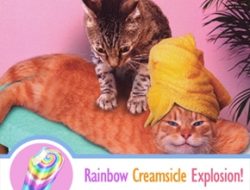 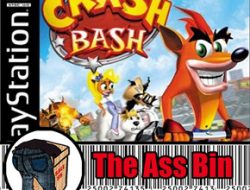 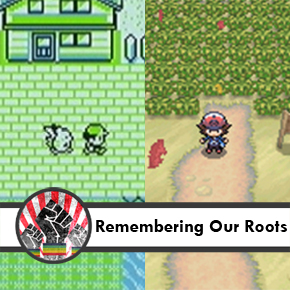 In the last three days, millions of Pokemon trainers have descended on the Unova region in search of new monsters and gym badges, leaving their old haunts in places like Johto and Sinnoh deserted. Sure, the 5th generation games offer quite a bit of fun and excitement for players both new and old, but let’s not forget that moving forward means leaving something behind. So take a minute, pop in a copy of Blue Version, and reminisce with Gay-Nerds.com about the way things used to be…in the good ‘ole days.
1. Your monsters don’t walk behind you.

On the left: Best friends forever. On the right: Forever alone.

After spending countless hours running around Johto and Kanto with your favorite Pokepals (okay, I promise to never say that again) tagging along behind you, training in Unova can be pretty lonely. Totodile dancing in the rain on Route 33 and Pikachu making footprints in the sandy beaches of Cianwood City are things of the past now. Kids these days don’t know what they’re missing.
2. The first gym isn’t impossible with the fire starter.
The first gym in Unova changes depending on the player’s choice of starter monster, ensuring that everyone has a tough-ish time with their first real push into the Pokemon world of 5th generation. Never before has the series pulled its punches with the first gym, previously giving a giant middle finger to players in Kanto, Hoenn, and Sinnoh that chose the fire type when setting out on their 10th birthday. “Oh, you didn’t think to get a Butterfree (1st gen), Shroomish (3rd gen), or Psyduck (4th gen) before fighting the rock leader? Sorry, bro.” Cheren and Bianca aren't cool enough for convertibles...or to be named "Buttlord."

3. The drastic reduction in touch screen interfacing.
With the C-Gear firmly in place on the lower screen, playing Pokemon once again requires both hands tightly wrapped around the sides of the DS and the stylus away in its slot. Menus can no longer be accessed from the lower screen, nor can hot keyed items or running be turned on and off with a simple tap. True, it’s not really that big of a change between the 4th and 5th generations, but a step backwards in the ease and functionality of the game regardless.
4. The names aren’t in all caps anymore.
While most players might not have realized it at first, trainers no longer scream out the names of their monsters in fits of childish ecstasy every time they need to tackle a Pidgey. Apparently, 10 year olds now come equipped with indoor voices.
5. You now have two happy go lucky best friends instead of a douchebag rival, and you can’t name them.
Running into your smack-talking rival, appropriately named “Douche” or “Buttzy,” used to be a terrifying prospect. He would destroy you if you wandered too far without hitting a Pokemon Center first and then tell you how much you suck, whether he won or not. Now, players have the support and love of a network of trainers and friends with names like “Cheren” and “Bianca” pushing them train their monsters to the fullest. What sort of lame, new age crap is that? Buttzy, you will be missed.
6. Villains wanted money and for people to think they’re cool, not completely recreate the world.
Remember the days of Team Rocket, who seemed to only be concerned with making money from selling black market Pokemon and making sure everyone knew that they were badasses? Now comes along Team Plasma with high minded ideals and questions about the way the Pokemon world interacts, mimicking some real world criticisms of long established game/story mechanics. Sure, the answer to their questions is the same old “trainers and Pokemon are friends, working together for common goals” stuff players have been swallowing from the beginning, but now there’s a real philosophical dilemma attached to it. Being the best like no one ever was has never been so morally obtuse…
7. No more link cables.

The fastest way to a hundred best friends in elementary school circa 1999.

Things were different eight years ago, when evolving Haunters and battles versus real players was something only the luckiest kids could manage. A link cable could rocket a 6th grader from relative unknown status to the top of the lunch table food chain with all the now-taken-for-granted features the cable unlocked. School yards without these wondrous little accessories were desolate wastelands of isolated kids huddling in corners with a Machamp named Ricky as their only interpersonal comfort.
8. Pokemon Contests, poffins, and pokeblocks are all gone. Yay.
If battling monsters and leaving a trail of dead…excuse me, “fainted” monsters in your wake somehow loses some appeal, you could always do a Pokemon Contest (if you hate yourself). Starting with breeding for natures that usually harm a monster’s battle potential, and teaching normally useless moves like Focus Energy and Acid, making a splash on the contest circuit…erm, hall, requires one more thing – cooking Poffins/Pokeblocks. “Stir clockwise! Stir counterclockwise! Now clockwise again! Too fast! Counterclockwise! It’s burning! Oooh shiiiiiiii…” Yeah, maybe no more contests should have happened earlier. Roll through with the pimp slide...

On the other hand, the Pokeathlon solved most of the contest’s issues, transforming the noncombat aspects of Pokemon into…gasp, something fun? Minigame performances separate from the regular combat stats and abilities of a monster means that any Pokemon, at any time, can be a Pokeathlete champion. And the rewards were evolution stone and other difficult to acquire items! Instead, Unova features Pokemon Musicals so heavily twinged with the stain of contests, I don’t even have to describe them for you to understand. Game Freak, didn’t we already learn that dressing up our Pokemon and dancing is the opposite of fun?
10. Without a Pokewalker, why leave the house at all?
I mean, honestly?
Got something you will miss forever about the first four Pokemon generations, for better or worse? Talk about it in the forums!