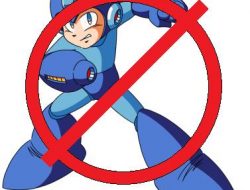 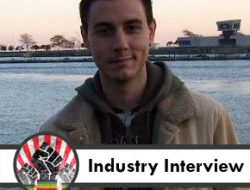 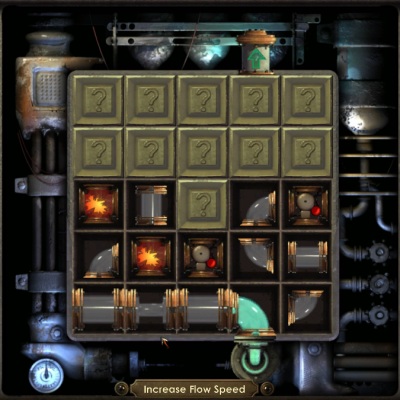 3D Dot Game Heroes: Block Defense
3D Dot Game Heroes is another recent title that shows us how minigames can be inserted flawlessly into the main game without disruption of the overall flow. Several different minigames populate the land of Dotnia, but none of them threatens to swallow up your game time as much as Block Defense.

While it may seem like a simple tower defense style game at first, a second glance reveals a deeper layer that sets it apart, and above, the rest. Typical tower defense elements are present: land and air units to defend against, specialized turrets to build, money gathering and interest based on money held at the end of waves, and upgrading turret stats. What raises Block Defense to tower (LOL PUNS) over the competition is…well, you. Your adventurer is on the field. You can level up, run around to build turrets or upgrade them, collect dropped money, or take on the monsters yourself.
Why does that make a difference, you ask? Well think about it. The regular game is already about your hero running around a massive Zelda tribute to save the kingdom of Dotnia from impending doom at the hands of Not-Gannon, so a minigame where you build defenses to protect the land from armies of monsters fits in perfectly. And instead of a disembodied power, or worse, a mouse cursor mounting the defenses, it’s actually your hero. It couldn’t fit in any more perfectly without being the entire game itself.
And if you don’t want to play Block Defense, that’s fine too. No one’s forcing you. But you will. Oh, you will.
The Legend of Zelda: Ocarina of Time – Bombchu Bowling
No list of great moments in video games is complete with a nod towards Ocarina of Time. There’s actually an internet law requiring a certain number of OoT references on every nerdy website per year. No really. It’s true, I swear.

Early in Link’s adventure, you get the chance to visit the Bombchu Bowling Alley for fun and prizes, including a heart piece and an upgrade to your bomb sack. At the cost of thirty rupees, the bored looking woman will give the ten(?) year old Link ten bombchus and unlimited time to cause destruction and mayhem the 3 stage course. What more could an elf child want!? But moving spikes and roaming cuccos are ready to get in the way of your dreams of carrying a slightly fatter load of bombs.
Bombchu Bowling is another minigame not required to complete the main game and has no possible negative consequences for the player besides helping lighten their wallets, but it does give helpful rewards befitting of the task. Starting to notice a pattern as to what makes a minigame fun rather than frustrating? Plus, with a quick tune on your ocarina to send you back into childhood (uh, spoilers, I guess), you can play it at any point after arriving in the main town. The best part is, at the very least you’re going to blow up a cucco or two, and wasn’t slashing them with your sword getting a little dull after all these years?
Fun fact: They’re called bombchus because “chu” is the onomatopeia in Japan for the sound a mouse makes (the bombs buzz as they run across the floor.) This also explains the Pikachu family of Pokemon.
Mario Party – Running of the Bulb
The inspiration for this article, the Running of the Bulb has been my favorite Mario Party minigame since the first game hit store shelves. Countless hours were spent with childhood friends battling for stars in Mario Party, but we always let out a sigh of relief when the roulette landed on the Running of the Bulb. Finally, it was chance for everyone to take a break from the cutthroat competition for minigame supremacy and work together for the common good. And it helped that it was easily the most fun to be had in the entire game.

Chased by a massive ghost/fart cloud, one player was tasked with carrying an oversized light bulb while the other three were given guard duty against the fiendish Boo ghosts. Punch your way to the end of the mansion hallway, and you’d find a light source to scare away the ghosts and live to see dawn, reaping a reward of coins for a job well done. However, being possessed by the spirits and letting them capture the light bulb resulted in shame, disgrace, and presumably a horrific “E For Everyone” rated death for the entire group.
Only through cooperation could this minigame be completed successfully, as one player running with the bulb was quickly overpowered without any bodyguards for support. It was a fun break from the normal friends-turned-rival nature of the Mario Party series, and the mechanics worked excellently, allowing accurate punches and jumps as you crawled through the hallway. Most importantly, the minigame could be unlocked and played separately from the main game, allowing instant fixes of boo bashing action when the mood struck. If you’ve never gotten the chance to test your mettle against hordes of the Mushroom Kingdom’s spirit world, find a copy. Otherwise, you’re missing out on one of the best minigames of all time.
And that’s what we’ve got for today. Remember, this list is far from comprehensive. There’s tons of minigames out there worth playing all on their own. Got a favorite you’d like to talk about? Post it in the forums! Maybe we could even do a fan follow-up…*wink wink*