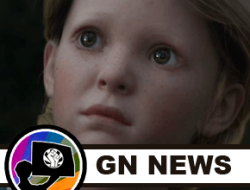 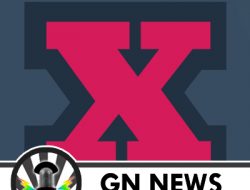 GDC in a Nutshell

There are a couple of things about the Game Developers Conference of 2013 I’d like to go over!

Brenda Romero was the co-chair of the Women in Games Special Interest Group (SIG) for the Independent Game Developers Association (IGDA). The IGDA partnered with YetiZen to throw a party (I was invited, I did not attend. A boy needs to sleep after all!) and during the party scantily-clad female dancers were used to entertain the guests. Now, this is a problem because women in the video game industry are already faced with sexism. And when women choose to speak out about the sexism they see both in video games AND in the industry they are threatened. Like, seriously, it’s bad. Anna Sarkeesian, who used a successful Kickstarter campaign to fun her FeministFrequency, recieved death threats, threats of being beaten, and was even threatened to be raped. No, no, boys. When a women points out sexism and you don’t like it so you threaten to rape her . . . that is PART of the sexism we are trying to battle. And, believe it or not, the dancing women at a function that is supposed to be inclusive of ALL game developers, didn’t sit well with many women.

I resign as co-chair of the IGDA Women in Games SIG effective immediately. #1ReasonWhy. Particularly Brenda Romero who resigned from the IGDA almost immediately. However, Kate Edwards, the recently elected Executive Director of IGDA, has issued an apology and a brief write-up on how IGDA will be more inclusive in the future. You can read it here.

It  was a lot of fun. I did shots. Like a lot of them. And no one died. So at least there’s that. If I can remember any of the party . . . OH! Yeah, actually. So, Matt Conn of GaymerConnect, actually sponsored the party this year and we had one free drink a piece! That may not seem like much but it was a nice step in getting all the LGBT industry professionals a little recognition. As well as get us good and liquored up to make the business card swapping and networking easy AND sleazier.

The LGBT IGDA Round Table

Last year we discussed how LGBT people are portrayed in video games. This year we talked about how LGBT professionals are treated at their respective companies. Some are treated great! Others, it sadly turns out, are mocked and made fun of by their peers and the companies (who will remain nameless) do nothing about it. Some big companies even go so far as to fire an LGBT individual who speaks about the oppression they face from co-workers. Now it turns out that MOST of the anti-LGBT comes from QA departments in the industry. Why? Because QA testers are treated as expendable and have a high turn around rate. Most of them are just temps to the company to begin with, so it’s easier to let an LGBT individual go than to have to deal with complaints of anti-gay sentiment from co-workers.

Sad, yes. But there are signs that the industry (and the world as a whole) is changing.

CNN wrote up this report about five games to watch from GDC. I, myself, am looking forward to “Infinite Crisis”. A MOBA game based on the “Crisis” events from DC comics and staring DC heroes and villains from several different universes!  Another exciting game announced was “LEGO Marvel Super Heroes!” The comic nerd in me is happy and I’ll be excited to try this out!

Oh, that reminds me! I got into the closed-beta for “Marvel Heroes.” It’s pretty badass. I applied to be in the closed beta for “Infinite Crisis” but have yet to hear back from them about it! So, the career pavilion was a little . . . eh, this year. Not a lot of prospects for me but it was still exciting to go from booth to booth and talk to the recruiters about potential jobs, how to improve my resume, and why I would be a great fit for them. I did, however, scare the living pants out of the WB Games booth staff. WB Games is responsible for publishing such hits as Rocsteady’s “Batman: Arkham City.” Upon walking up to the booth I shook the recruiters had, gave him my resume and business card, and said to him,

“My name is Shilo Englert and I am a game designer. I’m the man who’s going to make Wonder Woman into a triple-A, platinum title!”

He gave me a weird look after that and we talked about about my career goals and how I eventually am going to be the lead game designer for a Wonder Woman video game. Until then I shall be working on my side projects and looking for work. And, of course, writing for the gay-nerds I love so well!

» Videogames » GDC in a Nutshell