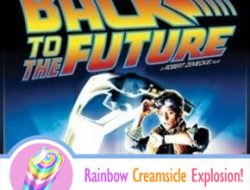 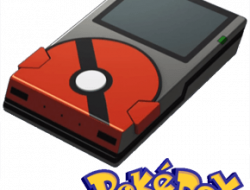 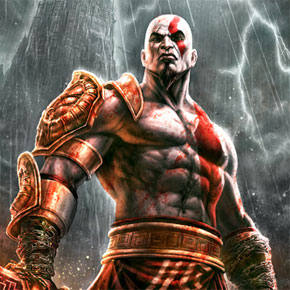 Are They or Aren't They?: Kratos

Rarely does one start watching an action movie or playing an adventure game and assume that they’ll find a gay character. M-16s and hunting demons are just not for the friends of Dorothy, if most production companies are to be believed. Well, we all know that that’s a load of crap. Sure, you might have to look a bit harder at those ripped abs and wipe away the caked on blood to see the glitter and rainbows, but they’re there. And whose blood-stained abs are we examining this time? None other than the Ghost of Sparta himself, Kratos. Kratos is relieved to be finally free of his burdening secret.

So can a man who knows nothing but war and who dedicates his life to exacting revenge for his fallen wife really play for the other team? Could she have been a shield against Don’t Ask, Don’t Tell (oh, wait, never mind)? This one might not be as easy to sort out as you might think. Quick time events have never been so much fun!

Why he is: Kratos’s fabulous golden armour, dazzling sparkles of glittery power surrounding his swords, and a seemingly special disdain for Aphrodite would be enough to raise eyebrows on their own, but Kratos has history on his side (the gay side, that is). He’s a Spartan soldier, a people known for taking same sex lovers during military service, so it isn’t totally out of the question that Kratos might enjoy a game of hide the salami with his Spartan brothers. Though, this doesn’t mean he’s exclusively homosexual. There’s never an indication that he makes any distinction between people in his “professional” life (since he’s probably gonna stab them in the face anyway), so he probably doesn’t in the bedroom either.

Why he isn’t: World history may lean Kratos towards the side of man love, but his personal history tells a different story. Even though the sex mini-games are mindless means to an explosive orgasm of red orbs, men don’t ever enter the picture. His record has been with all women, be they lusty wenches, the god of love, or…*gasp* his own wife! Yes, he did have one of those wife things whom he apparently loved enough to drive him to destroy the gods/world. Oh the things we do for love! *dreamy eyes* Why he should be: Kratos would be a great stereotype-defying character to have on our side. Typical video game depictions of homosexuals rely on outdated stereotypes which Kratos would slash, stab, and rip to pieces, which he would then carry around with him as a keepsake. Come on, we need a bad ass gay hero character! Kratos could be to gays what Samus Aran was to women. Picture it now – with Zeus lying dead at the top of Mount Olympus, Kratos takes a step back from the carnage and pulls in another Spartan from off screen for a loving embrace, the screen going black as they share a tender kiss. Gamers everywhere would shit themselves, either with disbelief or excitement. Doesn’t really matter, both are acceptable.

Why he shouldn’t be: Pulling a Dumbledore and slipping in “Oh hey guys, Kratos is gay” would feel a bit forced at this point, not to mention going against his original motivation of getting even with the gods for taking his wife and child from him. Sure, it would also give the guy a bit more depth, but when has depth of character ever been important in the God of War series. Kratos’s brain consists of pure rage and 6,000 ways to kill a man/god/Titan/anything/everything. Plus, a mindless mass murderer isn’t exactly the best representative to send out and say “hey guys, we’re regular people just like you.” I’m not even sure the heterosexuals want Kratos representing them. Poor Kratos, no love for the hateful.

So what do you think? Is Kratos’s story a tragic tale of true love or was his marriage a shame from the beginning? Give us your thoughts in the forums!

Tags: Are They Or Aren't They?, Gay, God of War, Kratos, Mythology, video games

» Videogames » Are They or Aren't They?: Kratos