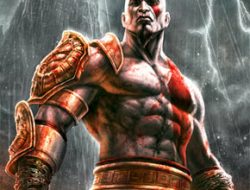 Are They or Aren’t They?: Kratos 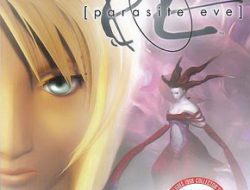 Under the Microscope: Parasite Eve 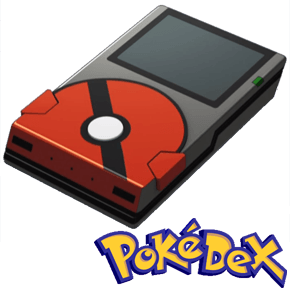 The latest Pokédex from Black & White. Dibs on the pink one.

With the latest advances in Pokémon technology, you would think that the information you place your life at risk to gather would be important, detailed data, that would aid Pokémon researchers and further their studies. But some of these entries appear to be not worth your while. “Wears the skull of its deceased mother. Its cries echo inside the skull and come out as a sad melody.” –Yellow

Anyone who has played the first generation of Pokémon should know of tale of Cubone and Marowak.  Team Rocket, on its quest to rule the world, pried Cubone from the hands of its lifeless mother Marowak, after killing her in the first documented case of “Pokémurder.”  Whilst going through the stages of grief that followed this, Cubone decided it would be a great coping mechanism to take its mother’s skull and wear it.

Since we know that all Cubone wear a skull, we must assume either that Team Rocket is really badass and goes around killing all Marowak after giving birth, or that Marowak merely have an extremely low survival rate for birth. This also raises the question of what is done with all of the decapitated Marowak corpses lying around… “Somewhere in the world is a cemetery just for Marowak. It (Marowak) gets its bones from those graves.” -Crystal

The creators of Pokémon turned a solemn (and possibly unhygienic) situation into a convenient arms factory. Somewhere out between Route 1 and Route 227, there lies a graveyard where Cubone and Marowak fight for the best femur to smack a Pokébitch up.

“Strong feelings of hatred turned a puppet into a Pokémon. If it opens its mouth, its cursed energy escapes.” -Fire Red

My favourite apparition from the third generation, Banette, is the Pokémon version of Chuckie – minus the gory death scenes. An unwanted toy that some brat tossed aside, somehow garnered enough hate to endow itself with life. While a slap in the face to God/Arceus, this means there needs to be both a high number of spoilt tykes tossing away puppets like used tampons, and massive stores of hate.  It also requires a brand new take on science, since raw hate is now an energy that can be harnessed.

While this alone makes for a wonderful inquiry into the physics of Pokémon, there is one fact that spirits Banette deeper into “just WTF?”, Banette is the evolved form of Shuppet.  So going by Pokédex entries, are we to assume that this is the average life cycle for Banette: born as Shuppet, haunt and do ghostly things, turn into a plush doll, be abandoned, gather hate, use hate to endow self with life, go around doing ghostly things as a Banette, get jiggy with another Banette, lay an egg, eventually die. Of course, it could be that the hate that animates is really just a pissed off Shuppet, but that hardly takes away from the absurdity of the Banette’s life cycle.  It also makes Shuppet parasitic, which is always a nice touch. “It apparently dies if it stops bouncing about. It carries a pearl from CLAMPERL on its head.” –Fire Red.

This pig-moulded slinky from the third generation has one of the most horrid physical abnormalities; its jump is its heartbeat.  Being forced to jump or die, it’s surprising that there aren’t Spoink corpses littering Jagged Path, where they are known to reside. While already a stupid design with a silly heart problem, the second sentence in its Fire Red entry makes this little freak of nature plain ridiculous – Spoink’s natural habitats include the sides of volcanoes and forested areas. The observant will note that none of these areas are anywhere near the oceanic depths Clamperl calls home. How exactly it traversed to the ocean floor, whilst still breathing and manually pumping its heart, remains one of the mysteries of the Pokémon world.

“A mystical Pokémon that exudes a gentle aura. Has the ability to change climate conditions.” -Red

One of the original 150, this serpentine Pokémon is stated to have the ability to control the weather and climate conditions. When compared to the rest, this is a normal, almost sane entry.  There are many Pokémon that can control the weather to varying degrees. The majority of water Pokémon can use Rain Dance, Groudon summons the sun with its ability ‘Sunny Day’, and Rayquaza’s “Air Lock” prevents any weather altering moves at all. Controlling the weather is just another accepted power in the Pokémon world.  The reason that Dragonair is on this list is that since abilities were introduced in Generation III, its ability has been Shed Skin. Shed Skin has a 33.3% chance of curing status conditions and has absolutely nothing to do with weather control. In fact, for Dragonair to learn to control the weather a TM must be used, yet every Pokédex entry lists this magical ability as though it is something special and unique to Dragonair. “It is said that it usually hides in underwater caves. It can create whirlpools by yawning.” –Heart Gold   “It sleeps deep on the ocean floor to build its energy. It is said to cause tornadoes as it wakes.” –Soul Silver

Ever since its debut in Generation II, this Pokémon has been said to create whirlpools by yawning and tornadoes simply waking up.  According to this, a Kingdra’s lazy Sunday afternoon should spell disaster all across the world.  Given that there are multiple Kingdra in the depths of the ocean blue, all coastal cities such as Vermillion and Slateport should pretty much be wet ruins by now. How a water Pokémon sleeping on the ocean floor can affect atmospheric conditions is also another Pokémon mystery.  Unlike Dragionair, Kingdra’s move set is closer to its ability.  It learns Twister naturally and can be taught Whirlpool with the HM, all depending on which version you are playing.

The Pokédex is held to be a miracle of technology, a device able to generate and record information.  It is only obtainable via Pokémon Professors – the most respected leaders in the field of Pokémon research.  With all the advanced technology being put into researching these monstrous pets, many of the entries seem like nothing more than old wives’ tales, and not something that would come out of a laboratory.

Have any other Pokédex entries you want to talk about? Post them here on the forums!