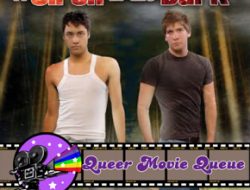 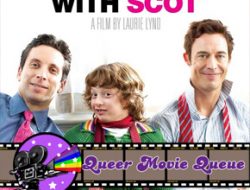 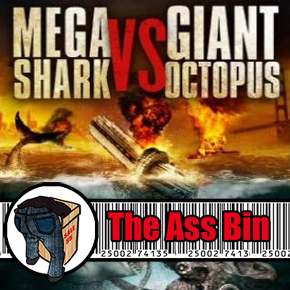 There’s nothing I enjoy more than digging through the $5 movie and game bins at Wal-Mart and laughing at the awful treasures resting inside. You can really find some amazing stuff if you’re willing to look like an idiot and dig down to the very bottom. And I’m not talking about amazing as in movies and games that were overlooked by reviewers and had their prices drop to somewhere near reasonable; no, I mean the stuff that makes you wonder if the development team has any self-respect at all. These piles of gold plated dung can make you laugh, cry, and rage for all the wonderfully wrong reasons. They’re not “so bad, they’re good,” they’re awful. Doesn’t mean we can’t have fun with them, though! Just put your face in your palm now, it

It pains me to think that the age of monster movies has ended. What pains me more is the fact that someone thought this movie could actually benefit from being on Blu-Ray. (I’m sure it would have sold just as well if it was released straight to LaserDisc.) After a long history of fifty foot tall women, plant monsters inhabited by the spirits of Japanese school girls, and every possible assortment of animals mutated by nuclear radiation, we’re left with…this. Mega Shark vs. Giant Octopus (MSvGO) has disgraced its heritage in the most spectacular ways possible, finding new and interesting (read: nauseating) ways to self-destruct, including not giving reasons or motivations for…um, anything.
No really. Having seen this movie twice now (because I hate myself that much), I feel like I should be able to tell you what happened and why. You know, that thing we normally call “the plot?” Well, I’m gonna be honest with you – I can’t. Nothing in this movie really makes sense. In fact, when I try to think of any event of the movie, the next thought is always for some reason. A blonde woman steals a submarine to look at whales in the arctic for some reason. The military forces blond woman, old man, and Asian man to help deal with the monsters for some reason, and they’re the only ones that can do it for some reason. Blonde woman and Asian man fall in love for some reason (though probably because they’re two young people that share more than twenty minutes of screen time, which equals true love, duh). The octopus and shark are enemies willing to fight to the death and put personal harm aside to the point that they were frozen in ice mid-fight FOR SOME REASON. Noticing anything here? Fortunately, it’s a monster movie, so you don’t need me to tell you what happens. You [b]know[/b] exactly what is going to happen just by reading the title. In case the cloudy textures are in the way, this is the shark taking a single bite out of the Golden Gate Bridge.

Clearly, Giant Shark vs. Mega Octopus is a low budget movie, but that used to mean there would be funny ways around fancy special effects and varied sets, like men flopping around in big rubber suits pretending to destroy cities. That would have made this movie infinitely better. But no, GSvMO doesn’t bother with any of that stuff and instead goes for efficiency, like shooting every scene at one location at the same time, so it’s perpetually dusk at this beach or night time in this parking lot. Or shooting most of the second half scenes in three almost identical “control rooms” full of nondescript switches and dials (and multicolor lighting, making this movie officially fabulous). Or substituting actual drama and interesting events with sudden black and white flashes and the ever popular shaky camera. Damn you, Cloverfield… This is really the only evidence we have that the monsters eat things other than important landmarks.

Worst of all, despite the 89 minute run time, there’s probably only about 75 minutes of original footage. It reuses clips constantly, especially of the two monstrous animals. One scene in which an American “destroyer” (which is stock footage of the battleship Missouri) tries to shoot the shark with its main cannon uses the same short clip of the shark’s fin cutting through the water 5 TIMES. (Never mind the fact that the gun couldn’t hit something underwater, anyway.) And to make things worse, this scene is recreated almost perfectly later in the movie using the same clips and sets but on a “different boat!” And the final “fight” between the monsters, which is really more of a deadly hugging match, also insists on showing the same two clips over and over and over. Kind of kills the excitement. Recommendation: If you like monster movies a little bit, and terrible movies a lot, then you’ll have a good time with Mega Shark vs. Giant Octopus. The dialog is delightfully lame, the scenes are extremely repetitive, and you will never be surprised by what’s around the next gently curving corner. But being able to see those quickly approaching groan inducing moments that you’ll talk about with your friends for days to come is half the fun of MSvGO. Maybe all of it. -7 / -10
How can things get worse from here? Have I started my descent into the layers of $5 ass bin with the worst of the worst? Not even close.
Discuss this in the forums!