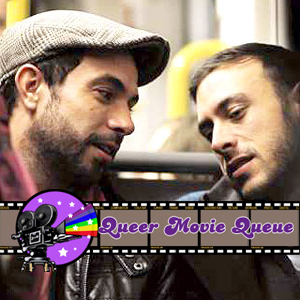 “Weekend” (2011) is a brief look at the lives of Russel (Tom Cullen) a young man who picks up artist Glen (Chris New) at a nightclub on Friday night. It explores what later happens between the two of them when the one-night stand evolves to something a little more complicated. Written by Andrew Haigh, they spend the next two days together, at bars, bedrooms, parties, sharing everything from stories to sex. “Weekend” is an unflinching, realistic look at romance as it blossoms between two people, as a brief interlude with each other over a weekend can leave a profound impact in both of their lives. Russel is a somewhat-closeted, conservative lifeguard who spends the majority of time with his straight friends. But then ventures out one night to a gay nightclub where he meets Glen, a dashing, extroverted, gay artist who is completely comfortable with his sexuality. After some drinks and a few shots, they end up going home together for the night. Instead of calling it quits the next morning, Glen whips out a tape recorder and orders Russel repeat the intimate details of last night for an art project he’s pursuing. Instead of buttoning up and bolting out the door, Russel sticks around and indulges Glen, seeing him as an avenue to express and explore his reserved sexuality. Weekend is an intimate look at the power of relationships, however brief. It shows the impact two people can have on one another despite how fleeting time is. The film is beautifully shot, as there only bare bones shooting, relying on the genuine expressions of the actors and letting the landscapes talk instead of utilizing special effects from the camera. The minimalistic approach is used to great effect and it gets to the core of the issues young people face today regarding struggling with sexuality among heterosexuals while still finding a place in society. Interested? Check out these links for screenings near you.