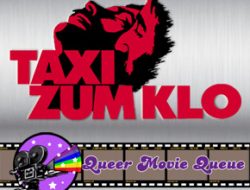 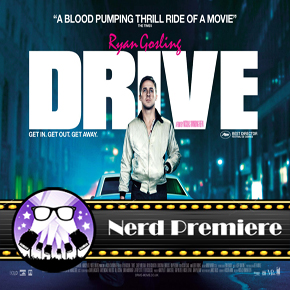 Review: Drive puts an intellectual spin on the car movie

158% of readers will be shocked by what I am about say – Drive is a driving movie that is not about cars, snappy one liners, sassy/sexy chicks, and ridiculous twenty minute chase scenes. Instead, director Nicolas Refn lays an intensely quiet story about a gifted wheelman (Ryan Gosling) at our feet and walks away. If that seems like a deal breaker, give it a few minutes and let it start working into your brain, because the end result is a deep character study of what a real hero and real human being just might look like. The movie operates in Los Angeles and stars Gosling as a quiet mechanic and sometimes heist/stunt driver. For some reason, all the intricacies of life for him have been reduced to the workings of a car. He seems to have nothing in the world besides his skills and a snazzy jacket. Gosling finally gets a chance at a character besides the snarky ladies man and does a beautiful job playing the complex, silent man driving peacefully through the film’s spotlight.

We never learn his name, or why he’s so quiet, or how he became such a skilled driver, or anything other than that he sometimes gets paid to be a getaway man and that he’s usually a nice guy. You see, being the nice guy is how he meets his neighbor, Irene (Carey Mulligan), whom he helps with her car trouble. The two share an insane number of silent glances and cute moments, including a fantastic scene driving through an dry ravine at sunset, until Irene’s husband, Standard (Oscar Isaac), comes home from a stint in prison. These moments have a strange magic. Sadly, they don't last.

That’s the first part of Drive, the pleasant set up for what you know will be a dramatic fall from grace. Things are too perfect to last and everyone knows it. “The other shoe” hangs precariously over every moment for the first third of the film, but Drive does an excellent job making the viewer wonder exactly how things will go to shit. Perhaps too good, skirting the edge of not getting to the damn point. Does Standard have a problem with The Driver’s glances at his wife? Maybe the sketchy deals made by The Driver’s employers will get him wrapped up in something? Maybe Irene has something to hide? Christina Hendricks even shows up for a bit to make you think "Oh, she'll be important." Hint: she's not.

No, it’s none of those false leads. Eventually, Standard needs help from The Driver to pay off some debts and keep his family safe, which finally begins the bloody second part of the film. And I do mean bloody. The sparse dialogue, muted sound effects, and focus on facial expressions ratchet up the tension, which comes to nasty head popping climaxes. Drive refuses to pull punches or tinge extreme violence with humor, showing some of the most graphic and realistic images of carnage in recent memory. People are stabbed in the throat, bludgeoned with hammers, and take shotgun blasts to the head in gruesome detail most movies would shy away from, and with good reason. Seriously, when you see Gosling stomp a man’s head into a crunchy pulp, you’ll feel like you’re watching something on the internet that steals away just a tiny bit of your soul.

The occasional blood fountain does little to relieve the constant stress Drive puts on the viewer. Simply put, this movie is tiring because of its uniqueness, and you will feel those minutes walk past. The people are like us, but not quite us, like the kid that never speaks in class. The plot borrows just enough to trick us into thinking we’ve been here before every now and then. As a whole, the movie stands just off to the side of other dramas and action flicks, shrugging aside conventions we’ve grown so used to. Not to say that that’s a bad thing, but 100 minutes of thought provoking pressure with no real comic relief transforms Drive into a harrowing, but intelligent, experience. Unfortunately, it does prevent most viewers from connecting to the human elements as anything more than a curiousity to be observed. Expect to remain detached. While the characters remain distant, the setting resonates with a calm, familiar feel that helps soothe the indie roughness. The film moves around very ordinary locations, such as a pizza shop, a mechanic’s garage, and The Driver’s apartment building. The exact year is never given, and except for a sprinkling of cell phones making appearances, but the bubblegum pink credits and electronica heavy sountrack give the film a fantastic 80s/Vice City vibe.

The realism of Drive, from the easy feel of the characters interactions to the car chases that end with well placed accidents, is refreshing if nothing else. Something has gone terribly wrong in The Driver’s life, and something will surely go wrong again should he survive. The viewer knows it and so does he. While the tortured experience will captivate some audiences, it makes the film difficult to like despite all the high points. Definitely recommended, at the very least to serve as a post to judge other movies by and reevaluate their effectiveness.

High point: The ending shot of the road while “A Real Hero” by College featuring Electric Youth plays on ties the movie together perfectly as though it was the real point of the director’s effort. In my viewing, the audience collectively stopped and reflected on life in a way Garden State only wished it could have achieved.

Low point: The confusing beginning will leave you wondering exactly what you’re seeing and if any of it is worth paying attention to. Also, certain elements get introduced that go nowhere, have little significance, or just never get explained, which may be bothersome.

Talk about Drive in the forums!