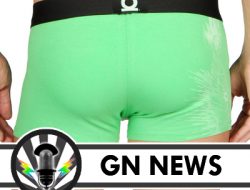 Diesel Wants “Heroes To Rise” And So Do I!

Submit to “Drawn OUT”, a Collection of Coming Out... 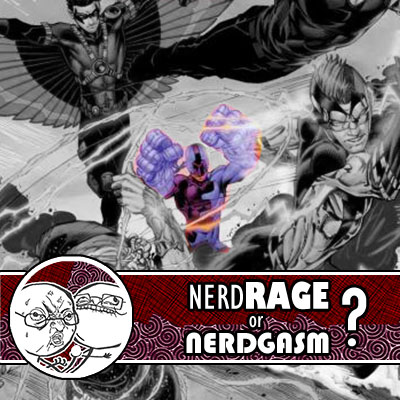 Out and Proud: DC’s ‘Bunker’

You know what comics need? More gay people. Luckily, with the new (or new-ish) 52 relaunch, fans of the Teen Titans get just that. A brand new gay superhero. In this revised incarnation of the Titans, we get a good dose of diversity to go along with some fan favorites. Yes, we get the old standards like Robin (now Red Robin), Kid Flash, and Cassie “don’t-call-me-Wonder-Girl” Sandsmark, but in some snazzy new digs. For a modern twist and a dash of diversity, we also get two new Titans. If you caught the second issue of TT, then you may already know Skitter, a young African American girl with strange bug like powers and a nasty attitude. Or maybe she’s just misunderstood. We have yet to find out.

And then there’s Bunker. He’s a double shot of 2011 realness: Mexican AND gay. Only the smallest of details have been revealed, but what we know so far is that his name is Miguel Jose Barragan and he comes from El Chiar, a small village in Mexico. Oh yeah, and he’s GAY.

In a conversation via Twitter, writer Gail Simone (Wonder Woman, Birds of Prey) had this little exchange with Titans artist Brett Booth:

Gail Simone: Tomorrow I am on a panel not listed on the schedule, WHERE ARE THE GAY SUPERHEROES, at 11:00 am, in Mezzanine 1. It’ll be great!

Brett Booth: We got at least one in Teen Titans

Gail Simone: Really? Who is the gay superhero in TT? Can you say?

Brett Booth: Bunker is gay (the purple guy, I know, not my first color choice!)

Brett Booth: We’re trying to make being gay a part of who he is, your gaydar should be pinged right off the bat

Gail Simone: Thanks, Brett! I don’t know the character, but I would love to hear about him so I can tell people to look out for him!

While prowling about, trying to find more info on the mystery hero, the various comic message boards have been a bit of a battle ground. The whirling vortex of opinions that is the internet has had some not-so-nice comments about the characters inclusion in the Teen Titans. Comments that range from “tired of diversity being mandated” to “this is almost like selling out….Like DC is saying ‘hey look at us!’” or even “if the gay community feels they need representation in comics, then let them create their own characters…” Although, the best quote has to be “If he’s gay, why does his costume suck so much?”

Wondering if perhaps the harsh words had spilled over into the comic shops, I stopped by local comic chain, Lonestar Comics, and spoke with manager Stephanie Crane who said that she “hasn’t heard anything bad” but has in fact “had gay people coming in excited.” That’s promising right?
Well, you can’t, as it would seem, please everybody. Those that are okay or even thrilled to have a gay character among such a high profile team like the Titans are a little peeved at his flamboyance. We’ve only had a peek at Bunker and we have either seen him as an out and proud civilian dressed in a pink shirt, sweater vest, and faux-hawk; or in the standard skin tight superhero costume in a perhaps less than masculine purple and dark pink. Booth took to his blog to explain Bunkers fashion choices:

“We wanted to show an interesting character who’s homosexuality is part of him, not something that’s hidden. Sure there are gay people who you wouldn’t know are gay right off the bat, but there are others who are more flamboyant, and we thought it would be nice to actually see them portrayed in comics. Did we go over the top? I don’t think so. I wanted you to know he might be gay as soon as you see him … It is a very difficult line to walk. Will he be, as I’ve read in some of the comments, ‘fruity’? Not that I’m aware of. Will he be more effeminate than what we’ve seen before, the ‘typical’ gay male comic character? Yes. Does it scare the shit out of me that I might inadvertently piss off the group I want to reflect in a positive way? You’re damn straight (pun intended!)” In this day and age, it’s nice to see our gay reflection in all mediums. It validates us a very real presence that, according to Booth, you don’t want to piss off. Bunker is a more than welcome addition to both the Titans and the comic universe. He is a symbol of the new direction comic books are headed and indeed a sign of the times. “It’s important for young gay kids to have someone to look up to” says Lonestar’s Crane. Even Booth says, “Seriously, I really wish this wasn’t a big deal. It shouldn’t be, but that would be in a perfect world.”
Teen Titan issues 1 and 2 have only hinted at Bunker so be sure to catch his official introduction in issue number 3. Check it out November 23 at your local comic shop or in digital format on the DC Comics app for Android and iPad/iPhone for $2.99.

Talk about Bunker in our forums!