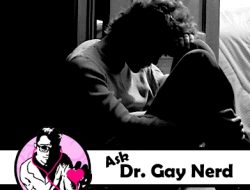 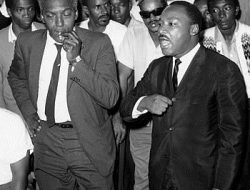 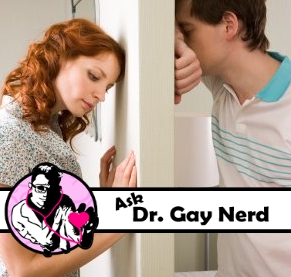 Ask Dr. Gay Nerd: How Do I Make Him Understand?

A Note From Dr. Gay Nerd:  We’ve had a recent influx of questions submitted and in the interest of answering everyone’s questions in a timely manner, I’ll be doing my best to post double articles every week to get you the feedback you’re looking for!

Dear Dr. Gay Nerd,
I was in a relationship with that boy for almost half a year. For both of us it was the first time. I really loved him, I still do like him and I am grateful for the time we spent together, but we _had_ to break up. It’s a long story, but the main reasons are the extremely homophobic environment _I_ live in (and this is no America, things ain’t easy) and his uncertainty regarding his feelings.
It was hard for me, and I suppose for him as well, but we broke up three months ago (but as he said “we’ll remain friends, right?”). I went through lot of drama with my homophobic family and he never contacted me during the first month, only to come back again when things calmed down he’s back and he’s all “I missed you”, “let’s be together again”, “you are the only one for me”, “come next weekend at my place”. Since I still had feelings for him I asked him if he is OK with us being together if we can’t meet each other until I can move out. After a day or so he texted me saying that this wasn’t going to work because he wont be able to feel me around him. And I know what he means. Neither I would feel comfortable with long distance relationships. It’s not sex, just that you can’t share special moments together.
After stopping for a while (in which period we talked as friends, with him even telling me about his recent crush being actually straight and how shocking it was when he found out), he’s again all flirty. Last night he texted me about how unfair he feels this is for him, that he’s bored by the constant explanations and want to see some actions, that he wish we are just “pausing” the whole relationship etc. At some point I snapped and asked him if he can see the “bigger picture’ there or if he only pays attention to what he wants. He responded “To what I want. You.” He really can’t realize the enormous pressure that he puts on me?
I texted him back that we should talk again when he starts paying attention to how I feel, not just to what he wants from me. He told me I am really aggressive after that last message and we wrapped up the conversation.
What should I do Dr. Gay Nerd? I can’t bring myself to hate him or made him hate me, but I want him to realize how _I_ feel with all his demands and the flirt and all that. To realize that’s this isn’t going to work and that we are just hurting each other by keep going but to the relationship we had.
Maybe I am at fault there. When we started dating I gave him the impression that I have a submissive personality and that I will sacrifice everything to please my loved one’s needs. I blame yaoi manga for this. I am not. I want my partner to care about me, and I feel he doesn’t…
stopping here, that got too long.
Greetings,
the-not-so-submissive-fudanshi

Dear Fudanshi-
I feel like you already know what needs to take place but you need to work up the resolve to make it happen.  From everything you’ve said, it sounds like the two of you are in very different places in regards to your feelings and ideas regarding relationships.  That happens sometimes, but you need to be clear with him that it’s over and done and that both of you are going to need to move on.  The only way to do that is by having a very serious conversation with him in which you are firm about all of this. You'll have to be firm with your message.

You may need to take time away from him as well.  Still being friends is great and hopefully one day that will be possible.  I don’t think it’s a particularly good idea right now, however.  After looking at how things went the last time, staying friends didn’t work out particularly well.  He’ll keep trying to be flirty with you and you may still have feelings for him at that point and want to try this again.  That’s why you should probably insist on some time apart from talking to each other and stay firm on that decision.
I feel that you’re right, that he’s not particularly attentive to your feelings.  He could be a bit more sensitive when dealing with you.  In all honesty, however, I don’t feel that he’s entirely out of line.  When you’re in a relationship with someone, you want to express your feelings, your desires, and your frustrations when things aren’t going the way that you want them to.  While he isn’t being sensitive to your feelings or what you are going through yourself, I don’t feel that he’s treating you unfairly, for he has a right to express his feelings as well. You'll have to be like her and make sure the door remains shut.

Maybe I’m not getting the whole picture with what you’ve told me, but based on what you’ve said, these are my impressions.  Despite the problems that the two of you face and the fact that you’ve said that you shouldn’t be in a relationship, this guy seems to be having a difficult time understanding that things between the two of you have ended.  Therefore, for both of your sakes, you need to make him understand that you don’t want him saying these things to you anymore and that you aren’t going to be with him.  The relationship is over.  You need to make him understand this so that both of you can move on.
This will hopefully inspire him to move on and it will give you the time that you need to sort out everything going on in your life.  He can hopefully find happiness with someone more on his wavelength and you can put everything on track in your own so that when someone special comes along again, you will be ready to be with him.  Good luck!

Have a question for Dr. Gay Nerd? Send an email at: askdrgaynerd( at )gay( dash )nerds( dot )com (just make sure  you replace the words and parentheses with the correct punctuation).
Agree or disagree? Discuss this week’s topic with the other gay and lesbian nerds in the forums!

» Advice, Forum » Ask Dr. Gay Nerd: How Do I Make Him Understand?