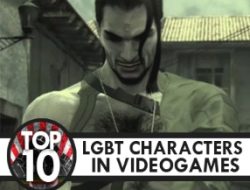 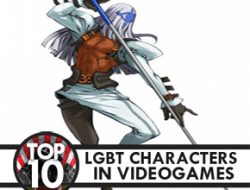 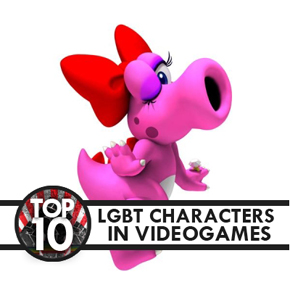 Everyone has that annoying friend that likes to try to show how smart he/she is and how “hardcore” of a gamer they are by pointing out that Super Mario Bros. 2 was actually a reskinning of a game called Doki Doki Panic. Sometimes they realize that everyone under the age of 50 who has ever played Pong knows that bit of trivia, so they jump this next gem:

“Well, did you know that Birdo was actually a guy in Mario 2 and then later he was changed to a girl to be Yoshi’s girlfriend, but sometimes in Japan they still call him a girl, and that his name is Catherine WHY CAN’T YOU SEE HOW HARDCORE I AM!?!1?”

Yeah, everyone knows that Birdo is technically one of the first transgender characters in a videogame, biologically a male but insisting on being called “Birdetta” and blah blah blah. What’s left to say about the pink dinosaur at this point besides a thin Mortal Kombat reference? Easy. Birdo is the first transgender character, but not the first transsexual character. Nintendo did not simply force a sex change on Birdo and let it be, instead choosing to let gender be played with for the last twenty-three years. Virtually every game featuring Birdo that has dialogue blurs gender distinctions, like Popple in Mario and Luigi: Superstar Saga hesitating before calling her “dame,” or Super Smash Bros. Brawl claiming Birdo as “gender indeterminate” on her a trophy.

Hell, the 2008 Japan-only game, Captain Rainbow, features a plotline where Birdo is arrested for claiming to be a female and using the woman’s restroom while the court accuses her of being a male, reflecting real world issues that transgender people deal with on a daily basis. Though still taking a very non-judgmental stance on these issues, Nintendo continually brings transgender life into their games by refusing to force Birdo to “make the final leap,” if you will. For a company so focused on family entertainment and children as Nintendo to even approach these issues in a nonjudgmental way is astonishing. In a good way.

Stay strong, Birdo. You are beautiful no matter what they say. The Mushroom Kingdom can’t bring you down.

Talk about Birdo in the forums!