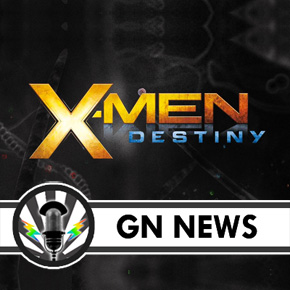 With some of the biggest titles of the 2011 holiday season still a few weeks away, you might be feeling a bit lost as to what to play, provided that your time isn’t completely absorbed by Gears of War 3. Never fear, for X-Men: Destiny just hit the 360, PS3, and Wii, ready to soak up the comic book lover’s time and money while you wait for the mega hits of November, Call of Duty: Modern Warfare 3 and Skyrim. And a sexy new launch trailer came along with it.

Another in the long line of beat ’em up games starring the mutated Marvel heroes, Destiny changes the model by allowing players to have choices rather than following strict plotlines and character progressions. Powers can be equipped and combined to craft a mutant best suited to a player’s style, and allegiance to either the X-Men or The Brotherhood of Mutants has drastic effects on how the new mutants find their place in the world. While not a perfect game, the branching paths and easy to pickup gameplay should tide over any comic book fans for a few weeks.

Not quite convinced yet? Check out the launch trailer and see for yourself.

Talk about this game in the forums!