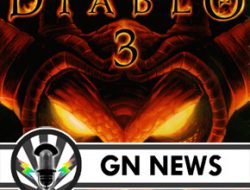 Diablo 3 adds more players to the beta, but... 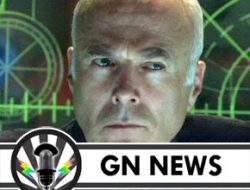 Skyrim voice actors to include people you might actually... 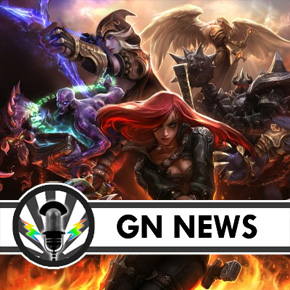 On September 26th, Riot has finally released their highly-anticipated game mode “Dominion” for their powerhouse free-to-play game, League of Legends. The idea itself encapsulates the capture-and-hold mechanic where players must work together to strategically capture and then defend 5 different points on the map and hold them to achieve victory. For those uninitiated, League of Legends is an action RTS where you are given control of a unique hero, typically a support, tank, or DPS role, and you must work together with 4 other teammates to eventually overpower and destroy the opposing players’ base.

Now the developers at Riot games have released their new endeavor in the now-saturated Action RTS market. With the release of Dominion, players can now take their heroes, and place them in a brand new environment. The newest map to the roster is the Crystal Scar. A large, sprawling, mining town where the addition of man-made structures, and gigantic smoke-belching industrial machines are a welcome addition to the beautifully laid gardens and landscapes present from the original mode. As a strictly 5v5 map, and with a Normal and Draft mode available, (no ranked yet, sorry guys) players must take the majority of capture points and hold them (Arathi Basin style) while their opponent’s health-crystal meter slowly whittles from five-hundred to zero. It’s a faster paced and welcomed addition to the series, as you are given more start-up gold in the beginning, a reduced death-timer, a constant experience point gain, as well as a three level boost to help move things along quickly.

“The ultimate goal was to give players the absolute best experience from Summoner’s Rift distill that down, find out what players really like from Summoners Rift and get rid of some of things players did not like. And what that ended up being is a extremely fast, extremely intense game mode that if you’re not in a team fight in the first thirty seconds, you’re doing something wrong.” The average match lasts around 20-30 minutes, and it’s easy to understand why. The first few minutes are the most frantic, as both teams must scramble to capture as many neutral points as they can, and also battle for the coveted windmill capture point which serves to be the most controversial point as it lays betwixt the other two capture points at the top of the map. Combat is fast and violent, during my playthoughs, I saw many Ashes, Yis and Gangplanks, dealing death on the field with considerable ease. As 5 versus 5 team fights are much more scarce than in regular play, the main mantra seems to be that the more burst you can dish out, the better. Playing support myself, (Karma) I bore witness to several zerging of lonely capture points which albeit is a good strategy, it ultimately leaves other spots considerably more desirable for capture. This is where the true real time strategy elements come into play, do I hold out and defend against this enemy invasion? Or do I head off alone and capture an exposed capture point? As point-blank decisions can play a vital role in the game’s outcome.

Dominion has gained considerable praise and criticism from critics and fans alike, as this mode does a fantastic job of breathing a new life into the tried and true genre. It does however, expose some balancing problems in this game mode, as Akali and Kassadin become popular choices as their ability use cover and cover ground well prove to be quite an advantage over other heroes. While more less-popular heroes like Heimerdinger or Fiddlesticks get to bask in the limelight as their utility serves a far greater purpose in Dominion. League of Legends is continuing to set itself from the pack, and is doing so in a very good way. Here’s hoping to other titles in the genre to follow suit.