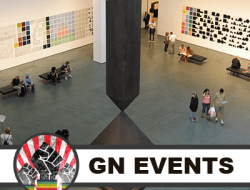 GN Events: Videogames at the MoMA 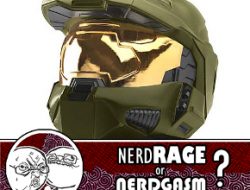 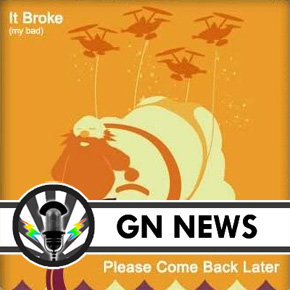 Riot Games has become the latest company in recent years to become embroiled in furore over censorship of the word “gay”, after the latest patch, v1.0.0.122, to their popular online game League of Legends, did just that. The effect is to not only automatically filter the word out of chat, but it also bars the use of the word in any screen names, game names or chat rooms.

Immediately there has been an outcry from LGBT gamers on the LoL forums that their right to self-expression and self-identification has been affronted, and that this action is tantamount to discrimination against them. The most high profile case of this in the past was with Microsoft’s Xbox Live service, where a zero-tolerance policy on the use of the word “gay” left many LGBT gamers smarting after a spate of account suspensions resulted for users who either identified as gay in their profiles, or used the word in their Gamertags.

Riot Games released a statement recently, stating that it was never their intention to marginalize their gay players, and it was merely the result of an over-zealous attempt to protect players from witnessing the word “gay” being thrown around as a slur. They also intend to reverse the change in the forthcoming patch.

To quell the topic, Riot had no intention of limiting the LGBT community from interacting with one another. We merely saw the inappropriate usage of the word and wanted to avoid it being used in an offensive manner. How short sighted of us to think that gay people wouldn’t want to use it themselves!

This is truly our mistake and was immediately set for reversal for the next patch. Unfortunately, it might not be fixed UNTIL that patch, but I will ask to see if there’s any possibility of a hotfix. I’m no expert, so I can’t say whether it can be fixed any quicker than that.

Sincerest apologies, but we wanted to make a pleasant and social playing experience for everyone. I know I get very uncomfortable when someone uses “gay” to insult something, and I think we jumped a little too quickly into over-correcting the rude behavior of others.

I’m going to be monitoring this thread for a while to see if these non-constructive arguments will continue, and if so I will close the thread. This is not the place to be discussing these issues. We all have our opinions. Hug time please?

While online games in general are no strangers to slurs, the MOBA genre (Multiplayer Online Battle Arena) is especially conducive to arguments and insults due to the highly cooperative, team-based system. With matches regularly requiring 40+ minute time investments, feelings run high and may erupt into arguments if someone doesn’t pull their weight, also known as “sucking.”

And what is always the go to insult these days, the much reviled and debated term among 16 to 28 year-olds? Gay. *sigh*

While we applaud the sentiment behind the censor, the situation was a misguided attempt at protecting LGBT players from this kind of mocking. Their hearts are in the right place, yes, but censoring the words that might make someone upset doesn’t stop the problem of the people using those words in the first place. Instead, it only gives us “pretend acceptance,” otherwise known as begrudging tolerance, from the people that would tear us down.

Discuss this on the forum!