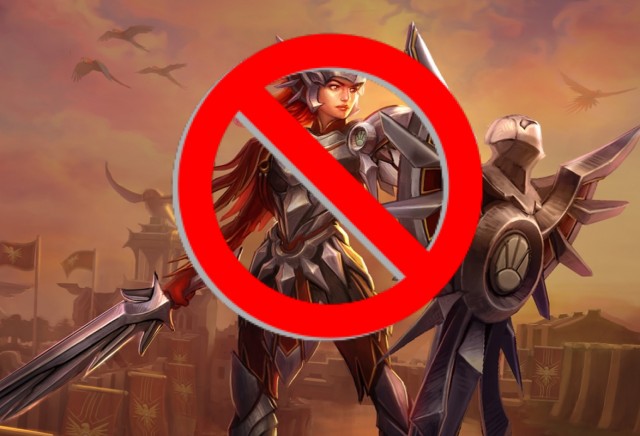 Garena recently announced that their all women League of Legends tournament, Iron Solari, will not allow more than 1 LGBT member per team. Below is the official press release:

For any events we do, we always want to make sure we are able to have an inclusive environment where no one feels left out, and of course for everybody to enjoy. On this angle, we believed that allowing more to be eligible to join is obviously the answer and as many of our female teams have expressed — Lesbian, Gay, Transgendered Women members are their friends too. On the other hand, for any competitions, we seriously look at ensuring there’s a fair level playing field for all participants. And there are arguments and concerns from other participants who disputes that Lesbian, Gay, Transgendered Women members may probably have some unfair advantage.

Putting all these points into consideration, we wish to experiment on the following changes to be implemented in this 2nd leg:

1) Each team will be allowed to have a maximum of one (1) Gay/Transgendered woman for the entirety of the tournament day. Therefore, teams cannot do the following: Team_A’s first game will be 4 female members and 1 gay, then on Team_A’s second game, they will have 4 female members and replace with another gay or transgender member.
2) Any team who has violated the above provision, regardless if intentional or otherwise, whether discovered during the day of the event or some time after, will have all their team members (the female members as well as the Lesbian, Gay, Transgendered women member) sanctioned with a 1-year ban on all Garena-organized events, including subsequent Iron Solari Tournament.

Wait what. So they’re limiting LGBT women because somehow being manly offers some sort of advantage in playing competitive video games? I can’t tell whether they’re being homophobic or misogynist. Right now, I’m leaning towards both.

We’ve tweeted this but we wanted to make sure you all have visibility here as well.
LGBT players are welcome at official LoL tourneys. We’re working with partners to ensure consistency with our values across all regions.

Hopefully, Riot Games sorts this mess out because this discriminatory bullshit is unacceptable.