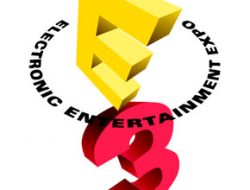 Girl On the Internet and the Perilous Penis Pictures

I do not want to see your penis. This might seem strange to you what with me being a girl and you being a penis, but I’m not interested, okay? No, telling me how big you are isn’t going to help. Nothing is going to change my mind. Lesbianism aside, random cock shots just don’t do it for me. Speaking of which, has this whole “Hey, here’s my dick!” thing ever worked out for you? I can see you getting some favorable responses on a dating site or whatever, but on Xbox Live? Sweetie, there are easier ways to meet women. Might I suggest looking everywhere else except Xbox Live?

It's not actually a sexbox

I hope that helps.

I’m no stranger to guys sending me pictures of their junk online; it’s been happening ever since I got my first screen name that  had the word “girl” in it. I’ve never really been bothered by it, but I have always been curious as to why some guys do it. What do they want from me (or any woman) that they can’t get by googling “boobies” with SafeSearch off?

All these questions and more were running through my head when I got a friend request from Mr. CamwithGrls69. That’s not his actual gamertag, but it’s pretty close. This man’s entire Xbox Live account was dedicated to finding women he could video chat with, presumably while naked. He also had no games save Uno which is basically the Chatroulette of Xbox. All he knew about me was that my avatar looked like a chick. All I know about him is what his penis looks like. Not only was that his profile picture, it’s also what he used to respond to my inquiries. You see, I’ve only ever encountered one other guy on Live who was actively trolling for booty, but that guy actually played some games. I was curious: was this Cam’s second account? How did he get my gamertag? Why hasn’t he been banned yet? How do you sixty-nine via webcam? Like I said, he never responded with anything meaningful, so the mystery remains.

Has anything like this every happened to you? Did it upset you or just make you laugh? Will we ever get to the point where things like this aren’t accepted simply because “it’s the internet”? I’m open to hearing others’ responses…so long as you don’t include pictures of your genitals.

Discuss in the forums.

» Internet, Videogames » Girl On the Internet and the Perilous Penis Pictures