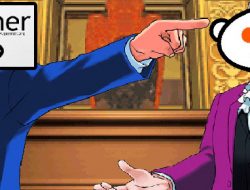 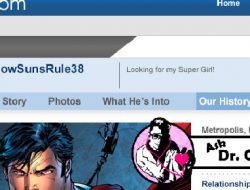 The r/gaymer debacle: Legally, who’s in the clear?

Gaymer.org’s owner, Chris Vizzini, sent a cease and desist letter to the subreddit, /r/gaymers last night stating that the subreddit must not use the name “gaymer.” This does not come as a surprise because their trademark is on the verge of being incontestable. The law states that within 5 years of filing a trademark, the trademark is still contestable and can be held invalid if they fail to enforce their trademark or if they have failed to prove the two core components of a trademark.

On April 23, 2007, at the US Patent and Trademark Office (“USPTO”), Chris Vizzini filed for a trademark in the word “gaymer” (USPTO serial # 77162857 and Registration # 3400949) http://www.trademarkia.com/gaymer-77162857.html, which was subsequently granted on March 25, 2008. Simply stated, this trademark registered gaymer.org’s proprietary rights in being the only online social group to be able to use “gaymer” when referring to an online social group, website, or domain relating to games. March 25, 2013 is around the corner and they have to make sure they can keep the trademark.

Gaymer.org is claiming /r/gaymers violating the trademark by “[engaging] in social networking” and “hosting and maintaining an online website for others to discuss, receive and disseminate information concerning video games” and “hosting online facilities for others for organizing and conducting online meetings, gatherings, and interactive discussions” while using the name “gaymers.”Although the trademark is registered, it may not necessarily be valid.
There are two legal components to valid trademarks: priority and distinctiveness.

Priority just means they were the first to use the word in their area, in this case the internet. Unfortunately for Chris Vizzini, the word gaymer was used several years before gaymer.org ever came into existence. Gaymer.org was formed in 2003. The Yahoo Gaymer group existed in 2000 http://games.groups.yahoo.com/group/gaymers/

Distinctiveness refers to two things, the word itself, and the secondary meaning it has among the targeted demographic. Secondary meaning is the strength of the association of the trademarked word to the source. If I say “CPU” you have no idea which company I’m referring to. However if I say “Pentium” you know I’m referring to Intel rather than AMD.

Over the years, “gaymer” has become a generic term for a gay guy who happens to be a gamer. It could be argued that it is descriptive at best since it is a fusion of gay and gamer.

To hold a trademark in a descriptive word, the word “gaymer” must have strong secondary meaning. This means, when heard by gays or gamers, “gaymer” must be strongly associated with www.gaymer.org.

If you look at Urban Dictionary, there is only a single mention of gaymer.org As of 9/10/2012 There are only three positive definitions Additionally, if you look up in facebook, currently one of the largest social networking sites, there are 15 associated entities with the word “gaymer.” There is also one more defense that /r/gaymers can use: genericide. When a trademark gets over used and no longer is unique to one entity, it has suffered genericide. For example, Bayer was the company that first marketed the compound acetylsalicylic acid as “aspirin.” This was a fanciful word that meant nothing before and was the name of their product. Bayer lost their trademark in “aspirin” over years of generic use of “aspirin” as a class of drugs that got rid of headaches rather than Bayer’s acetylsalicylic acid tablets. This is why you see CVS Aspirin instead of CVS Acetylsalicylic Acid.

It could be argued that even if there is a valid trademark in “gaymer,” it has been overly used to identify gay gamers for many online groups and no longer has any strict associations with gaymer.org, and therefore suffered genericide.

It does not look good for Chris Vizzini in priority because of the prior existing yahoo gaymer group, Gaymer may also lack secondary meaning linking it to gaymer.org, and if it did at one point have secondary meaning, it may have suffered genericide.

The issue may come down to all of you on the internet. Do you associate “gaymer” groups and “gaymer” networking sites with gaymer.org or is it a generic term used to describe gay gamers?

About the Author: pro boner