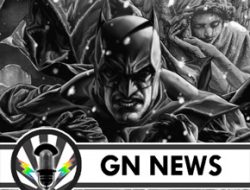 Batman Learns the True Meaning of Christmas from Lee... 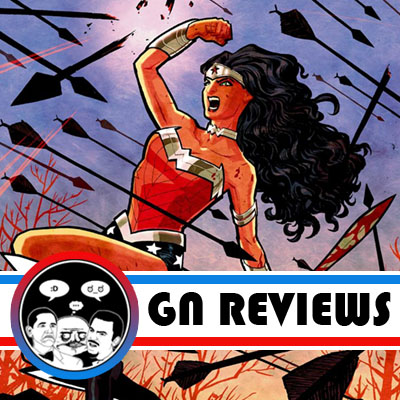 DC’s bold initiative has been viewed through multifaceted eyes: contempt, regret, anticipation, hope, apprehension. Regardless of how you see it the sales numbers are strong. Proving that there are some who are at the very least interested in DC’s new direction. With reviews varying from “must read” to “not worth your time” it’s likely that not all of the New 52 will be around but I do hope that Wonder Woman sticks around.

Wonder Woman is at her best when dealing with her mythology. Something unique to the comic is her dealings with the Olympian gods in Man’s World. The reboot does not disappoint.   Our heroine is dragged into the middle of a power struggle involving Apollo, Hera, Hermes, a soon to be born demigod who Hera is intent on killing, and Zeus’ baby mama.

Although not an origin story, she is already an established and well known hero when we meet her halfway through the comic, it still feels fresh and new. An origin for this new universe’s Wonder Woman would be great to see but seeing her as an already savvy, seasoned warrior is rewarding as well. The fan favorite origin story from George Perez’s relaunch post Crisis tied Wonder Woman’s story closely to Greek Mythology. In this relaunch her comic is still heavy with mythos but her origin is left untold, perhaps to be explored in future issues.

The writing is great and Brian Azzarello is set to thrust her into a great story arch and a quest dealing with bickering Olympians in a modern, mortal world. The only thing readers will be left wanting in this issue is more Wonder Woman, as she only appears in about half of the comic with less lines of dialogue than Zeus’ latest fling. Despite this she is perfectly portrayed by artist Cliff Chang. Her facial expressions convey a confident attitude and her movements are both strong and graceful, everything an Amazon Princess should be. Her new costume is a welcome change; no more clashing gold and silver. The colorist, Matthew Wilson, has a bold style that shows in his sunrises, Hera’s cloak of peacock feathers, and the ethereal glow he gives the magical objects encountered.

Wonder Woman fans, this is the comic you have been waiting for. Solid writing and art finally give our Princess the book she’s deserved for so long.

What are your feelings on the relaunch of Wonder Woman?