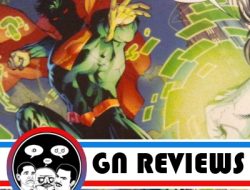 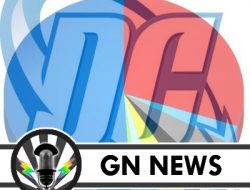 Is DC’s Daring Do Paying Off? (Yes)

It may be my inner diva, my inner mythology nerd, or a latent heterosexual desire but Wonder Woman is an amazing comic.

DC’s Hera lives up to her mythological counterpart perfectly. She’s vain, jealous, vengeful, sulky, beautiful, and bitchy. She surrounds herself with peacocks (Hera’s sacred bird) and plots in her sanctum. We meet our fourth denizen of Mount Olympus, Eris, Goddess of Chaos and Discord who decides to cause some more stress for her mother (Fun fact: Eris is the daughter of Zeus and Hera according to Homer but Hesiod wrote that Eris was the daughter of Nyx, Goddess of Night).

Meanwhile, on Paradise Island, Diana has taken Zola and Hermes to her home for protection. We meet Mama Wonder Woman, Queen Hippolyta of the Amazons, as she makes her New 52 debut. She looks intimidating: blond hair, a bulkier build than her daughter, and heavy armor with a mean ax. The Amazons appear to be a fun-loving group of rowdy girls that like their parties and their fighting, Diana herself is challenged to a duel. While Diana deals out some whoop-ass, Zola and Hermes chill and talk. We finally get a look at Diana’s origin as Hermes tells Zola the story and it’s the one we’ve always known: Hippolyta sculpted her out of clay, prayed to the gods, and the clay form was given life.

Then chaos strikes. Literally. Eris decides to invade the shores of Paradise Island and while the Amazons are searching through the jungle to find the mysterious attacker they are being taken out by a violent, highly skilled team of warriors: themselves. Eris has turned the Amazons against each other with her distressing ways and grows to be about 6 stories in the process. Diana lassos her and Eris innocently says she’s just come to pay her sister a visit. The sister she is referring to is Diana. Bam! Surprise ending! And we’re left hanging, along with Diana. The art is this issue is great. The facial expressions of a haughty, enraged Hera, a smug, fake-sympathic Eris, and a joking and confident Diana. Chiang nails it. His character design for Hera is perfect, she is both beautiful but matronly. Hippolyta is a cross between a supermodel and a gladiator. The Amazons lose their previous look of polished armor and white togas, they almost remind me of the Lost Boys from “Hook.” Their armor ranges from light to heavy and is gritty looking, war is their life and they enjoy it. My favorite character design so far is Eris. She has a shaved head, pallid skin, pink eye shadow, and a tattered black dress. She has a Euro/heroine-chic/bubble-goth look to her that suits a Goddess of Discord. The skin she shows doesn’t make her look so much sexual as it does dangerous, as if every hole in her dress isn’t meant to show skin but to show the damage she inflicts.

Wilson’s colors are great as well but the inner city of the Amazons’ has a brown hue that takes away from the femininity of Paradise Island. It works for the city, it compliments the Amazon’s less polished look and gives them a very Spartan feeling but the island doesn’t really look like any paradise I could imagine. The city is less ornate and I’m not completely won over by the brown-washing of the Amazons and their home. It would be welcome to see them live up to the splendor of Greece while still maintaining their warrior aspect.

Azzarello has said he wants Wonder Woman to be a blend of  superhero and horror comic. I’m not seeing the horror comic aspect but with Eris’ raid on Paradise Island I can see hints of a Ray Harryhausen monster movie (Harryhausen is responsible for the “Dynamation” as seen in “Clash of the Titans,” and “Jason and the Argonauts”). With the centaurs and giant-Eris fighting Diana it could very well be viewed not as a horror comic but a monster comic. The real treat of this issue is getting a better sense of Diana. She cracks jokes, she duels her friend and then graciously saves her from falling after being disarmed, and she is the first to figure out the Amazons have turned against each other and orders them to throw down their weapons, telling a group of warriors born to stop fighting shows the conflicting nature I so love about Diana. She is a warrior,a killer, but is on a mission to bring peace. The most revealing was when Hippolyta asked Diana why she would side with Zeus over a jealous Hera (could it be that Hera isn’t the Amazon’s patron Goddess anymore? Hera calls Paradise Island a “cockless coop” and Hippolyta doesn’t seem too keen in helping Hera seek vengeance) Diana replies that she isn’t siding with either of the dissenting deities but with the mortal caught in between. Diana is acting as the ambassador of Paradise Island as the Amazon Princess as well as a protector of mortals from the wrath and indiscretions of the Olympians. Can’t wait to see what Diana will make of Zeus being her father and the prophecy Apollo predicted in Issue #1!!! Am I the only gay giddy for more godly guffaws? Let us know in the forums!