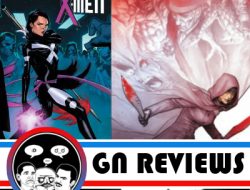 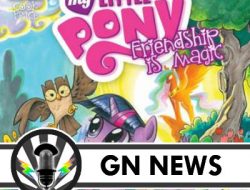 This week I have Justice League of America #7 (the 4th installment of Trinity War) and Batman #23! Let’s see what I thought of them, shall we?!

I am of the opinion that we don’t need another origin story. Ever. I think that Hollywood has inundated us enough with them. However, Snyder is establishing Batman in the New 52 Universe and setting him up his way. This is a good thing as Snyder won’t have to work around the back story of other writers.

In this issue Bruce gets the shit kicked out of him. I’m talking almost as bad as when the Joker beat Jason Todd with a crowbar. Bruce survives, does some soul searching, and then Snyder recreates that classic scene where a bat flies through the window and lands on the bust of Bruce’s father and Bruce realizes he has to become Batman. It’s been modernized; now Bruce picks up a purple orb that projects a holographic cave and bats in the study of Wayne Manor. A real bat happens to perch on the bust and then flies off after the hologram ends. The panel was striking and the entire scene was brilliantly executed.

Brilliant. The return of Alfred, Bruce being humbled trying to figure out his destiny, Edward Nigma before he was the Riddler . . . . so much history and I can’t wait to see how it culminates. Capullo draws a beaten and broken Bruce to perfection. It is gruesome. FCO Plascenia’s colors are on point as well. The art team has made this book one of the best looking of DC and, arguably, one of the best out now.

Verdict:  4.5 Stars! Despite being slightly weary of origin stories I am enjoying this. And Trinity War marches towards it’s world-shattering conclusion. And I LOVE it!!!

The issue covers the three teams, led by Batman, Superman, and Wonder Woman, as they each try to solve Dr. Light’s murder. Batman went to the afterlife with Phantom Stranger to talk to Dr. Light’s soul, Superman went after Dr. Psycho with The Question, and Wonder Woman is tracking Pandora and the box. Pandora, at the beginning of the issue, went to Lex Luthor and wanted him to open the box because he has a “dark heart”. Wonder Woman got to it first and the box, well . . . . spoilers. Let’s just say that I’m excited for the next issue!

Johns and Lemire continue a fast-paced event. This issue had a little less action than the others but it did progress the plot a bit. The Secret Society’s involvement, Waller’s plans, and The Atom’s guilt are expanded upon. My favorite parts are Lex Luthor adamantly diving for the Box after Wonder Woman tried to claim it as well as his inner monologue in the first few pages (his arrogance is perfectly captured), Catwoman knowing how the Manor of Mystery worked (much like the Room of Requirement in the Harry Potter series, it seems), and Wonder Woman’s transformation at the end. I’m hoping the next issue will be an all-out brawl between a corrupted Wonder Woman and one or more of the Justice Leagues.

Mahnke’s art is awesome. Detailed, varied, fun. The panel layout is slightly anemic but there are some big spreads that draw the eye well enough.

Verdict: 4 stars! This issue was a great, fast-paced set-up and I’m sure the next issue will blow my socks off!