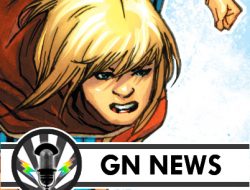 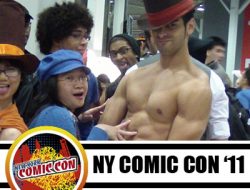 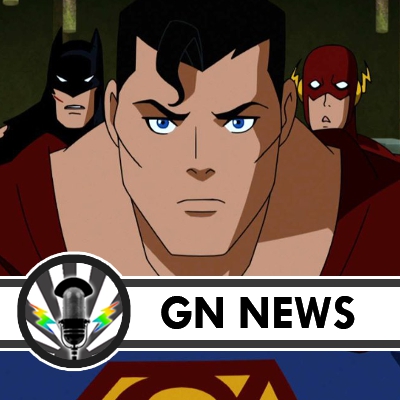 The DCAU has come out with some fantastic, wonderful straight-to-DVD movies. I’m looking forward to “Batman: Year One,” which has been getting good reviews so far, and every one of their shorts is spectacular. From the DC Showcases featuring lesser known characters such as The Specter and Jonah Hex to the Captain Marvel short, I’ve loved them all. The Wonder Woman movie should be re-made into a live action summer block buster and “Green Lantern: First Flight” added an edgy, “Training Day” twist into Hal Jordan’s origin. “Gotham Knight” was a series of shorts that connected “Batman Begins” to “The Dark Knight” and each short had an amazing vision and style that brought together a cohesive tale of what the interim between the two movies was like.

But every once in a while something horrible slips through . . .

After flouting that the next DCAU movie would be based on Mark Waid’s JLA: Tower of Babel I was ecstatic. After hearing about the voice casting I was anxious. After hearing about the inclusion of Barry Allen and Hal Jordan I was angry. And, now, after seeing it is not Ra’s who put his League of Assassins after the Justice League with Batman’s pilfered plans but Vandal Savage and the second-string-Legion-of-Doom I almost lost all interest. I shouldn’t judge the movie before I see it but the DCAU has let me down before. The changes most movies make from the source material are understandable but to change up the hero and villain roster so drastically seems outright ridiculous. But what I don’t like most about these changes is that it doesn’t make sense. Vandal Savage doesn’t have the same connection to the Batman as Ra’s al Ghul and his daughter Talia. One of the cool things about the trade paperback is the inclusion of JLA Secret Files 3 which features flashbacks of Batman’s interactions with the League and the beginning of his scheming against them and Talia breaking into the Watchtower and the Batcave stealing the plans against the Justice League. We’re not going to get to see any of that in this movie, because Vandal Savage doesn’t have a hot daughter who is Batman’s baby-mama.

And Hal Jordan and Barry Allen? Yeah, they’re the originals and everyone loves them but they’re not the ones who Batman betrayed! In Tower of Babel Mongul had already destroyed Coast City, Hal Jordan went crazy, and the world was a bit on edge about metahumans and superheroes. It made sense that Batman would make fail-safes and the Coast City incident was used in Kyle Rayner’s argument as to why Batman should stay on the Justice League (he was promptly voted off).

What worries me most about the trailer though: The big plan Batman has in store to stop Superman is a kryptonite bullet. Really? After going over how great a schemer and planner he is, after all the thought he put into every one of his fail safes against the League in the comic the trailer makes it seem that the best The World’s Greatest Detective can come up with is kryptonite in a gun. Because Lex, Metallo, and a number of other villains has never, EVER though of that. This makes Batman seem so unoriginal, mundane, boring, and not-clever.

What do you guys think about the “Justice League: Doom” trailer? Will it be worth a watch or something to be skipped?