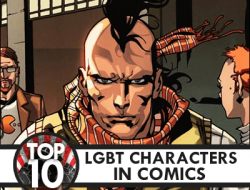 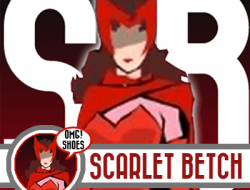 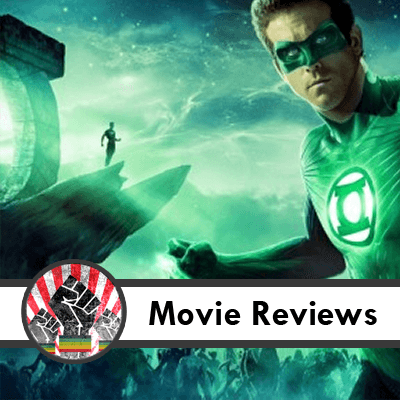 Green Lantern brings DC Comics’ most space travelling hero to the big screen for an adventure that, while not nauseating, fails to satisfy the hardcore comic book fanbase while still treating newcomers like idiots. Okay, that was a bit harsh. Green Lantern certainly doesn’t waste the viewer’s time, unlike Ryan Reynolds last super hero Movie-That-Shall-Not-Be-Named, and provides an entertaining mix of humor and drama despite an overall sense of “meh.”

The plot covers the origin of Hal Jordan (played by Ryan Reynolds) and his discovery of the dying alien that passes a Green Lantern Corps ring to him, and with it, the power to create anything he can imagine. From there, Jordan must stand against the forces of fear and stop the cloud-like cosmic embodiment of terror, Parallax, from consuming Earth and then destroying the rest of the universe…or, work through his self-doubt, feelings of inadequacy in light of his father’s legacy, and relationship with Carol Ferris (Blake Lively). One of them is a metaphor for the other, but viewers will be left confused as to which is really the main text. You're looking at about 30% of the movie right here.

Oh, and Peter Sarsgaard shows up in a subplot as corrupted scientist Hector Hammond, whose daddy issues put him under the influence of Parallax and creates some minor struggles for Jordan. Really? Peter Sarsgaard didn’t have anything better to do than be an inconsequential minor villain? Oh Peter, you can do better than this. I promise.

Unfortunately, both stories try admirably, yet fail, to live up to the recent excitement following the Blackest Night/Brightest Day events in the comics, mostly because they get in each other’s way. Evenly spaced, dramatic crescendos in action/character development, followed by slow and rewarding revelations to calm the senses, are conspicuously few in number. The human and cosmic story threads instead take turns being handed out to viewers, which sometimes comes off as insulting.

For example, instead of organically introducing the Green Lantern Corps to people unfamiliar with the comic series, such as part of Hal Jordan’s on-screen lantern training, narration over the first few minutes sets the stage. Then aliens start walking around The Lost Sector, some sort of magic happens, the special effects deaths of three digital characters, and a big monster, Parallax, blasts off across the universe. For these same stupid CGI reasons that Star Wars Episode One receives infinite hatred, everyone that didn’t already know the story has turned their brains off and stopped paying attention to Green Lantern. New fans are not won this way. Nor are they won when every character has serious daddy issues.

This narration and the repeated flashbacks through Jordan’s life clog the first half of the movie in the filmmaker’s valiant attempt to keep the Green Lantern mythos as intact as possible. So no, comic geeks probably won’t have any major issues with how the events play out, but people without the knowledge already might need to watch those information dense scenes again to really understand the film. Though, Ryan Reynolds continues to play the same sarcastic jerk he always plays, which doesn’t quite feel right for anyone familiar with Hal Jordan.

This doesn’t mean the story material was bad, though, it just means the movie couldn’t handle juggling that many elements. Clearly, based on the number of hints that Carol Ferris eventually becomes the Star Sapphire and the creation of the Yellow Lantern ring, we’re going to see more of Hal and the Lantern Corps. The movie tries to do too much by establishing a hero’s origin and universe, jumping right into one of the most significant events in the comic’s history, and setting up the rest of a franchise. "I just met a dying alien and became a super hero, but let's talk about our relationship instead."

Like any hero worth his salt, the Green Lantern story has been redone and retconned (read: rewritten by later events) enough times that the material can be made to work. Perhaps using John Stewart, the Green Lantern character from the successful Justice League cartoon (not the comedian), or starting the story with the simpler Green Lanterns vs. Yellow Lanterns story arc would have been smoother and helped draw in new audiences. But in an attempt to remain more in line with the comics than the typical movie adaptation, too many complications arise. There is potential here, so I'm willing to give the sequel a fair shot.

Ultimately, Green Lantern cannot decide what kind of movie it wants to be, either a deep character drama featuring a deeply insecure lead’s quest for inner peace, or an action flick with a snarky hero standing in the way of galactic destruction. Instead, it takes the awkward middle path, mashing intimate scenes of Hal Jordan’s relationship with Carol Ferris and unresolved daddy issues with the other lantern’s hopeless battle against Parallax.

Come on, we know that Martin Campbell, also the director of GoldenEye and Casino Royale, can do better than this. But instead of showing us that he can make the right decision for the story, like he’s done with James Bond, he hesitates somewhere in the disappointing middle.

Thumbs up for…
+ Keeping a lot of the Hal Jordan story intact and blending together pieces instead of ignoring them.
+ Plenty of humor to break up the overly serious tone.
+ The digital costumes don’t look as stupid as everyone feared!

Thumbs down for…
– Not choosing whether to cater to fans or newbies, leaving both out cold.
– Keeping most of the action until the very end.
– The brown fart cloud version of Parallax. Amorphous super villains haven’t been cool since The Blob.