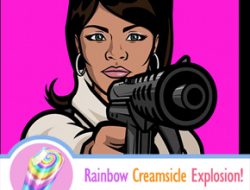 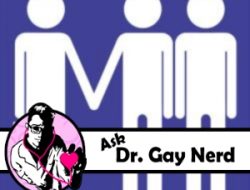 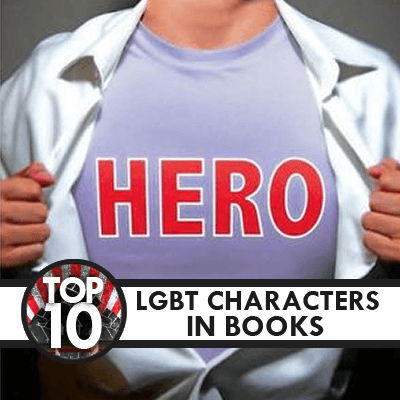 The amount of LGBT fiction which is targeted toward young adults always seems surprising at first, although when you stop to think, it actually makes a lot of sense.  The teenage years are some of the most volatile for young gay people and they really need something to reach out and anchor onto, especially when they don’t have much of a support system in place.  Young adult fiction can be tricky, however, as it’s often written for a younger audience and won’t hold interest for a larger group.  That’s where Hero breaks the mold.  Although not a perfect book by any means, you can’t deny that Hero has a lot of heart and this is why Thom Creed makes our list.

Set in a world very much like our own (with the exception of superpowers), Thom ends up facing some of the ultimate tests of growing up.  Not only is he learning how to deal with his newly-budding superpowers, but he’s forced to figure out how to come out of the closet at the same time.  Throughout the book, Thom is forced to figure out what his responsibilities are to his friends, his family, the world at large, and perhaps more importantly… to himself.

Thom is someone who opens himself up rather easily, allowing you to get to know him without much struggle.  This vulnerability makes him quite endearing, prompting you to root for him despite his shortcomings.  Thom isn’t always the quickest person to solve a mystery and he’ll often act without thinking, causing only more trouble for himself.  Just like any goofy teenager you may know, however, Thom’s got a warm heart and the best of intentions.  You go through the story wanting to see him figure it out, wanting to see him make a difference, and wanting him to be happy.

Perhaps the best quality about Thom Creed (especially keeping in mind that this is a young adult novel) is the fact that he knows who he is.  Thom knows that he’s gay and he never questions it, never doubts himself.  He knows that it’s not going to be easy and he knows that people aren’t going to like him.  He’s not starting the book looking to come out, he simply wants to keep on getting by.  He never once, however, tries to trick himself into being something that he’s not and he never puts himself down for being gay.  The strength of his character and the strength of his heart keep him pushing along through his rough patches until he realizes that he can start building a better future for himself.  That message is something that LGBT teens today need to hear and it’s why Thom Creed earns himself a spot on this list.