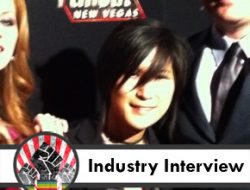 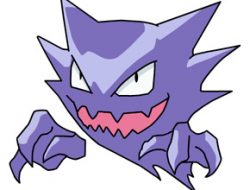 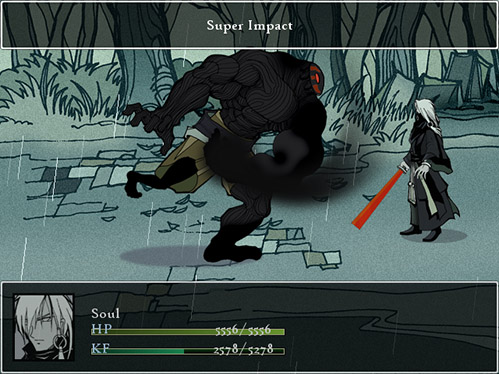 I don’t know much about Wuxia apart from what I’ve gleaned watching Crouching Tiger, Hidden Dragon and playing Jade Empire (don’t worry, it was the PC version), but I do know the genre is cool as hell.
Rainblood I: Town of Death clearly takes some inspiration from such stories and is the first in a series of independently-produced role-playing games for the PC by Chinese developer Soulframe. The plot of Rainblood revolves around a warrior by the name of Soul. After a duel with former ally Shang, the two men are left critically wounded. While Shang retreats and brands Soul a traitor, forcing him into exile, Soul seeks the aid of the Ghosthand to restore his health—at the cost of poisoning his heart, however—so that he may exact his revenge.
By the time the game starts with our hero arriving in the cursed Pang Town, 51 days remain of the 64 Soul has been given to defeat the weakened Shang before he succumbs to the Ghosthand’s heart poisoning. As if that weren’t stressful enough, the Organization is now out to kill Soul so he certainly has his hands full. Unfortunately for the Organization, Soul is pretty handy with a sword. Let the rain take care of it

Clearly the story is quite good, and luckily for everyone involved, it doesn’t slack in any of the other departments either. If you’re into traditional turn-based RPGs, then Rainblood shouldn’t disappoint. Don’t get too comfortable, though, because the battles play out a little differently than in most games of this sort. While you’re free to level-grind your way to the top like I did, there isn’t a whole lot to be gained from doing so. Instead, you and everything you encounter are all a bit on the lethal side right out of the gate.
Rather than relying on overpowering enemies with your stat gains or by mindlessly exploiting weaknesses, actual strategy will play the most important role for a change. Soul comes equipped with a bevy of offensive and defensive skills that are all extremely useful in the appropriate situations, and they can all be upgraded with items obtained from defeating enemies. Additionally, if you’re a fan of torturing yourself or just plain fancy yourself tough enough to complete a certain side quest, then you can also learn a gamebreakingly overpowered attack for your trouble that will make short work of anything you’ll face. Barring the fact one of the first things you see is a title screen prominently featuring Papyrus font (wait, come back!), Rainblood is also very nice to look at. Instead of opting for more traditional sprites, everything is hand drawn and stylish as all get out. With its muted palette and constant rain, you get a good feel for the gloomy atmosphere surrounding the city. It all provides a suitable backdrop for Soul’s sorrow when paired with an equally moody soundtrack.
If there is one downside to Rainblood, then it’s the fact the game is a little on the short side. I completed all the side quests and defeated a very punishing optional boss, and the clock read just over six hours before I made my way to the final area of the game. Priced at $9.99, it doesn’t quite meet my personal “one hour of fun for every dollar” rule, but considering I felt like playing it twice, I guess that makes up for it. Besides, I’ve spent a lot more on retail games that I’ve played for less time. If you’re a fan of turn-based RPGs, and you’d like to get in on the action and support a talented game maker before the upcoming second installment drops, then why not pass on poisoning your own heart with that large combo meal and take a crack at Rainblood? It won’t be the worst $10 you’ve ever spent. I could pick out at least three things you already own that aren’t worth that much. At least three!
A free trial and the full game are available here.
You can also tell us what you think here.

» Videogames » Rainblood I: Town of Death

About the Author: robber